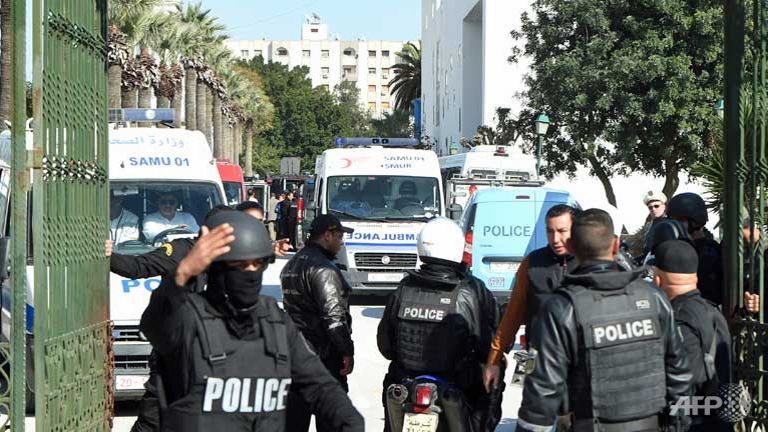 Military-clad gunmen stormed the Bardo National Museum – one of the country’s top tourist destinations in its capital, Tunis – killing at least 20 people on Wednesday.

According to Tunisian Prime Minister Habib Essid, 17 of the casualties were tourists, including five from Japan and several others from Colombia, Italy, France, Australia, Poland, and Spain. He added that two Tunisians were also killed in the attack and at least 44 of varying nationalities were wounded.

“They just started opening fire on the tourists as they were getting out of the buses … I couldn’t see anything except blood and the dead”, said the driver of a tourist bus to reporters at the scene.

Officials say that a number of visitors fled into the museum during the shooting. The militants, who authorities have not linked to an extremist group, then took hostages inside and held them there for approximately three hours before security forces came to the rescue, killing two of the attackers. A police officer was killed in the operation.

Essid said that the two or three of the perpetrators still remained at large and are being searched by the police.

Attack on the tourism industry

Describing the assault as “cowardly”, Essid called on Tunisians to “be united after [the] attack which was aimed at destroying the Tunisian economy”.

The high profile attack is a major blow to the small North African country’s tourism industry which relies heavily on European visitors. Tunisia has mostly avoided militant violence since the ousting of autocrat Zine El-Abidin Ben Ali in 2011.

However, since the uprising, several militant groups have emerged in the country, and authorities estimate that around 3000 Tunisians have taken arms and joined the fighting in Iraq and Syria – igniting fears they could bring the violence back home.

Europe’s largest hotel group, Accor, said it tightened the security of its two hotels in the country.

U.S. Secretary of State John Kerry, along with other European leaders, condemned the attack and pledged that the White House continued “to support the Tunisian government’s efforts to advance a secure, prosperous, and democratic Tunisia”.

The museum is recognized for its collection of ancient Tunisian artifacts and treasures from classical Rome and Greece. There has been no indication so far linking the motives of the attackers to those of Islamic State militants in northern Iraq who targeted antiquities, which they see as idolatrous.

President Beji Caid Essebsi said in a television statement “that democracy will win and it will survive. He reassured Tunisians that “we will find more ways and equipment for the army to wipe out these barbarous groups for good”. 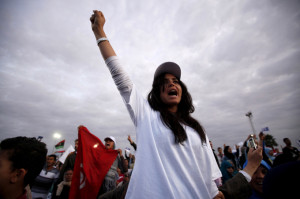 The 2011 uprising in Tunisia inspired ‘Arab Spring’ revolts across the Middle East, particularly in places such as neighboring Libya, Egypt, Syria, and Yemen. However, its implementation of a new constitution and largely peaceful elections had earned the country widespread praise, standing in stark contrast to the chaos that ensued in other countries throughout the Arab world.

The uprising began after a crisis between secular leaders and the Islamist party, which won Tunisia’s first post-revolt elections. The country has since emerged as a model for democracy in the region which practices compromise politics.

The attack comes amidst Tunisia’s challenges of reforming its economy and cutting back on public spending. Its tourism industry makes up around seven percent of the gross domestic product.

A local political analyst, Nourredine Mbarki, said that “an attack like this could strike the fragile transition in Tunisia, especially the tourism industry”. He also pointed out that “the problem is now these groups have gone from being in mountains and borders to hit the capital and targets with high security”.

Wednesday’s attack was the worst attack involving foreigners in the country since Al-Qaeda bombed a synagogue on the tourist island of Djerba in 2002 which killed 21 people. ▪