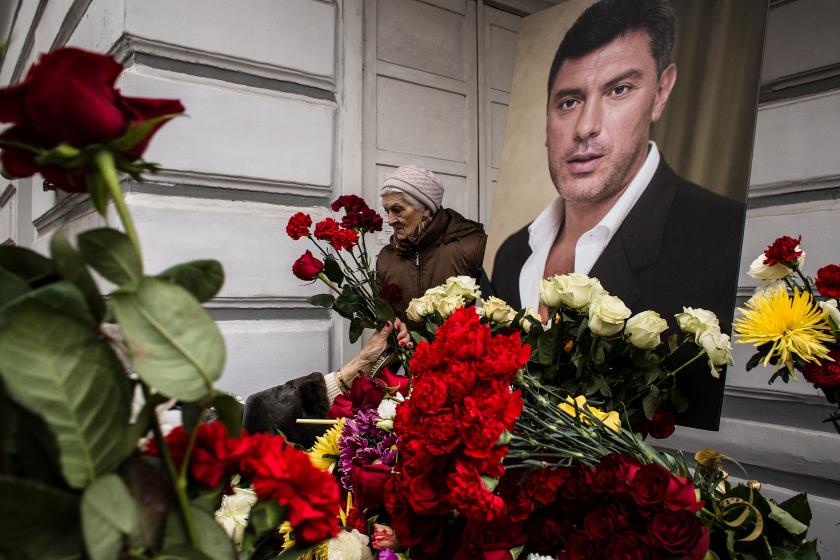 Beslan Shavanov, 30, blew himself up during a standoff with Russian police in Grozny, capital of the Chechen Republic on Saturday, according to state-run television Russia 24.

The sixth suspect in the killing of opposition politician Boris Nemtsov was hiding out in a building when police came to arrest him. Shavanov attempted to escape by throwing a grenade at police officers prior to blowing himself up, the station said.

Russian police have made five other arrests in connection to Nemtsov’s murder.

One of the suspects, Tamerlan Eskerkhanov, claims that he “was at work as [he] usually [is] everyday” and that his colleagues “will confirm this”, Russia’s Sputnik News reported.

Anna Fadeyeva, a spokeswoman for the court, told Sputnik that two of the suspects have been formally indicted while the other three “have remained under the status of suspects”.

Nemtsov, one of the Kremlin’s most outspoken critics, was shot in the back while walking with his girlfriend near the Kremlin, an area known to be highly secure. Surveillance cameras revealed someone rushing into a nearby car after the shooting.

So far, only one of the suspects, Zaur Dadayev, has pleaded guilty, though to what crimes still remains unclear.

Dadayev is reported to have previously served as an officer in the Chechen police force. He is also said to have been the deputy commander of one of the groups of the Chechen Republic’s Ministry of Internal Affairs.

Albert Barakhayev, the secretary of the Security Council of the Caucasian republic of Ingushetia, adds that Anzor Gubashev, another suspect, worked at a security firm in Moscow.

Gubashev was apprehended between the town of Malgobek and the village of Voznesenovskaya while Dadayev was arrested in Magas, a town in the Republic of Ingushetia.

All of the suspects involved come from the North Caucasus region in southern Russia, an area known for its volatility and rebellion against Moscow. Zhanna Nemtsova, the slain politician’s daughter, said, “it was predictable”.

Russian president Vladimir Putin accused extremists of Nemtsov’s murder in an attempt, he says, to cause internal strife in Russia.

However, many opposition figures have blamed Putin and his inner circle of plotting Nemtsov’s murder. The slain politician, who was due to lead a protest, is the latest in a series of political opponents who have been killed or executed, they said.

Nemtsova told CNN in an interview in Germany that she “[doesn’t] believe the official investigation”.▪