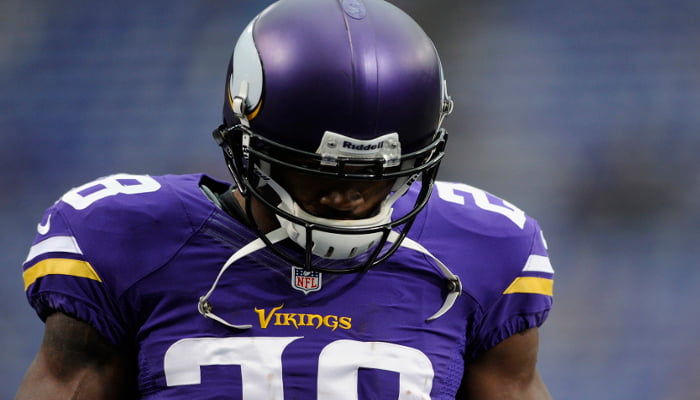 The hard hitting and power running back is in talks with the Vikings about his future with the franchise but does that mean he will stay? Maybe.

Sources say he has pondered potential trade destinations and would agree to restructure his contract if it gets the deal done.

Peterson’s father said his son has not submitted a request to the team for a trade. He also has not refused to return to the team that he’s been with his entire career. Nelson Peterson believe his son will make the best business decision for his future.

An unspecified source inside Peterson’s friends and family circle told Yahoo Sports that he’s ok with returning to the team but doesn’t mind if they take a different approach and decide to trade him. He’s even willing to restructure his contract if that’s what it takes.

“All the options are open,” Nelson Peterson said of those scenarios. “There’s no doors closed on anything at this time. Adrian will come back from this with a vengeance. He plays hard anyway, but he’s got an extra chip on his shoulder. He will bounce back from this.”

Peterson’s father might be right. Two years ago, Adrian missed half of the NFL season with a torn ACL which usually takes athletes a year plus to come back. He managed to come back next season in six months, which is unheard of for this injury.  Not only that, he broke a few NFL records. 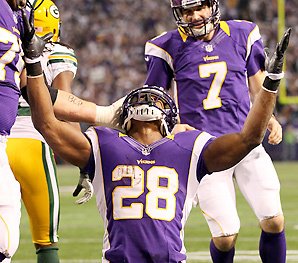 A.D hasn’t officially been reinstated yet but it’s only a matter of time. Among the teams interested in a trade are: Dallas Cowboys, Arizona Cardinals, Indianapolis Colts, San Diego Chargers and the Tampa Bay Buccaneers. His favorite destination being the Cowboys. Keep in mind that he’s due $12.5 million next season, which is a huge salary for many teams to take and will likely narrow down the list of his preferred destinations.

The Vikings are divided and will most likely trade him but multiple officials including Chief Operating Officer Kevin Warren who currently has a rift with the player over the legal troubles from last year, has expressed his desire to keep him on the team. He knows how valuable he is to the franchise and will try to convince the rest of the management to keep him.

If Peterson is traded, he will make any team better right away. What’s the asking price? Who knows, but for now he’s a viking.