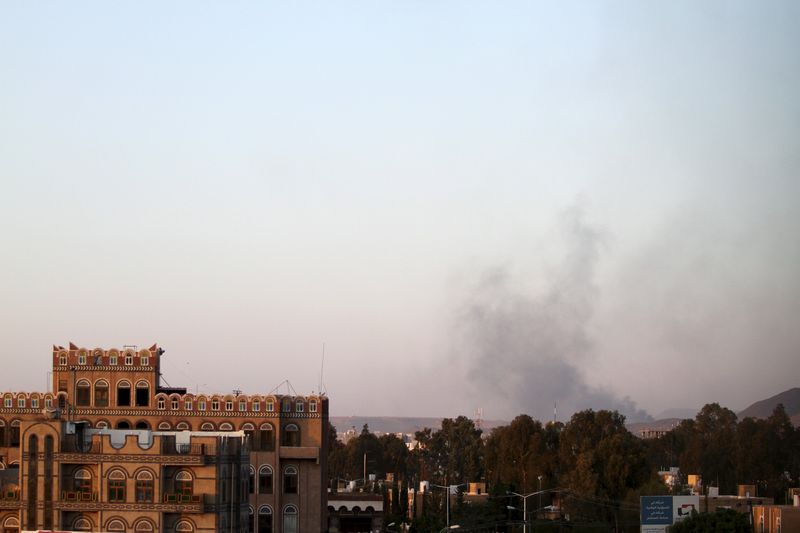 An air strike killed at least 40 people at a camp for refugees in north Yemen on Monday. Humanitarian workers confirmed the tragic news. The attack was meant for nearby Houthi fighters who are battling President Abd-Rabbu Mansour Hadi.

Saba, Yemen’s state news agency, which is under control of the fighters, said the camp was attacked by Saudi planes. The victims include women and children. They confirmed it by laying out the bodies of five dead children.

The Saudi military is not sure about their side of their story and said they were seeking clarification on the incident.

“It could have been that the fighter jets replied to fire, and we cannot confirm that it was a refugee camp,” Brigadier General Ahmed Asseri said.

“We will ask the Yemeni official agencies to confirm that,” he told reporters.

After the attack, Foreign Minister Riyadh Yassin blamed the Houthi for the explosion.

The International Organisation for Migration first reported 45 deaths, but then dropped the number to 40 with 200 wounded. A lot of them are in critical condition. 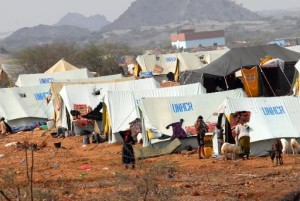 A humanitarian worker that witnessed the attack, said the strike hit a truck of Houthi militiamen at the entrance of the camp and killed residents, guards and fighters.

The medical aid organization Medecins Sans Frontieres said at least 34 wounded victims were taken to a nearby hospital. Another 29 were declared dead on the spot.

The attacked camp in Mazraq, is in the province of Hajja, next to the Saudi border. They’re a number of camps that are home to thousands of refugees running away from the years of war between the Houthis and the Yemeni state.

Saudi Arabia has launched an air campaign in support of Abd Rabbuh Mansur Hadi, who fled the nation’s capital to another area. Hadi, is currently out of the country to attend an Arab summit and has not returned. 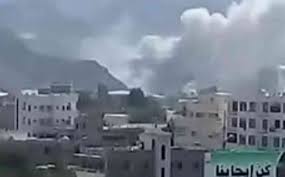 The years of fighting has brought a civil war to the Arabian Peninsula’s poorest country. The war is between groups that are allied with Hadi to take down Zaydi Shi’ites backed by soldiers loyal to former President Ali Abdullah Saleh.

Yemen was already in trouble before the deadly battles got started. The United States had launched a drone campaign against Al Qaeda occupation in the east, which was suspended for now.

The nation is completely divided and the rivals support opposing sides in Syria’s civil war and in neighboring Lebanon.

In Sanaa, a city controlled by the Houthis, jets attacked around the presidential palace at night and made more attacks during the day.

Meawhile in the south, Houthi fighters got close to the port city of Aden, and got attacked by what they believe were Egyptian warships.

This is the first time we see naval forces get in on the conflict. This is just the beginning; just a few hours ago Pakistan announced it would send troops to support the Saudi-led coalition. The Arab leaders have agreed to meet to put an end to threats such as the Yemen conflict.