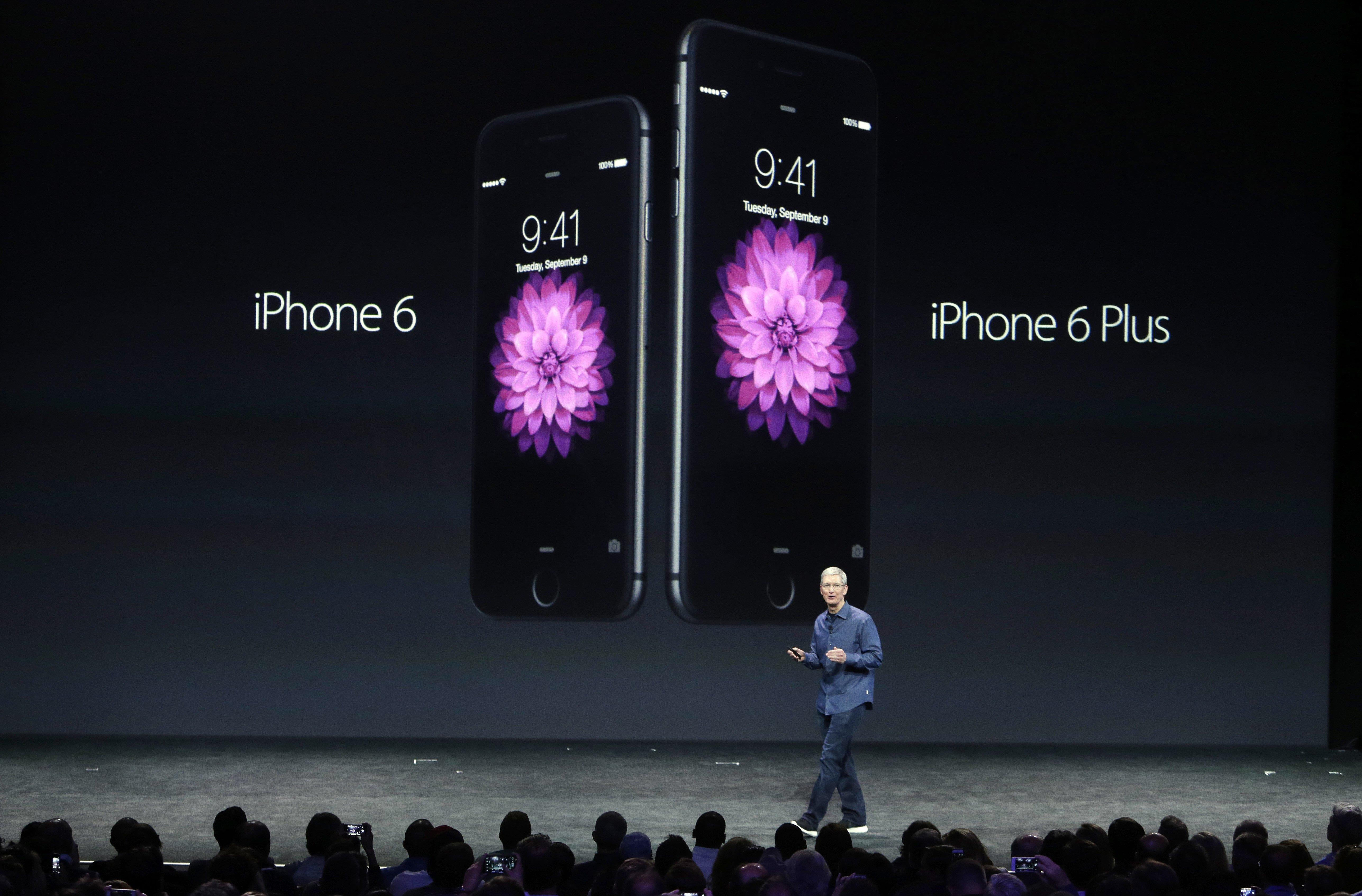 The iPhone is one of the most popular smartphone’s in the mobile phone industry. The constant argument between Android  and Apple users has created a competition between both companies. Here, we focus on Apple’s success from the anticipated iPhone 6 release, and it’s economic status in the smartphone market.

It is no surprise that one of the leading smartphone manufacturers is Apple. Among other prominent companies such as Google, LG, and Microsoft, Apple has made a name for itself with the countless generations of iPhones. Founded on April 1, 1976, Apple has produced a number of gadgets and electronics. Dating back to the first iPhone in 2007, this smartphone has revolutionized the mobile phone industry. The iPhone has evolved from the 3G to the current iPhone 6. During the course of these years, Apple has implemented features such as Face Time, Touch ID, and an extremely high quality camera.  In the fourth quarter of 2011, Apple even held the title of selling the most smartphones to the world. Could they do it again?

This was the result of the desired iPhone 6 that released on September 19, along with a deal with China’s largest mobile provider. The iPhone 6 was made available to 130 different countries, and gained popularity due to it’s 4.7 inch screen. Apple states that they sold 39.2 million phones, compared to the 33.8 million phones they sold during the same quarter last year.  China Mobile helped Apple buy increasing sales in China by 70%. This surprised many due to the fact that various Chinese smartphone makers such as Xiaomi, Lenovo, and Huawei heavily discounted their phones. This allowed the masses to purchase from these companies over Apple.

Apple CEO Tim Cook commented on the increase of purchases by telling Wall Street analysts “Demand has been staggering”.

What is Apple’s game plan in 2015? One of their products that is generating the most buzz is the Apple Watch. According to their website, the Apple watch “represents a new chapter in the relationship people have with technology”. In addition to this, many consumers are expecting the release of the iPhone 7. Major components of Apple’s success have come from the iPhone. However, there are other electronics that do not receive the spotlight they deserve. For example, the iPads, iPods, and the iMacs also contribute to the increase in sales Apple has gone through.

The release of the next generation iPhone will be highly anticipated by consumers and tech-analysts alike. Some say the future of Apple depends solely on the iPhone, while others believe it will be a combination of all Apple products.

Overall, Apple has increased its potential through the release of the iPhone 6 and carrying out a deal with China Mobile. The unveiling of new technology has allowed Apple to lead the charts, but one question remains. Will they be able to hold their ground?