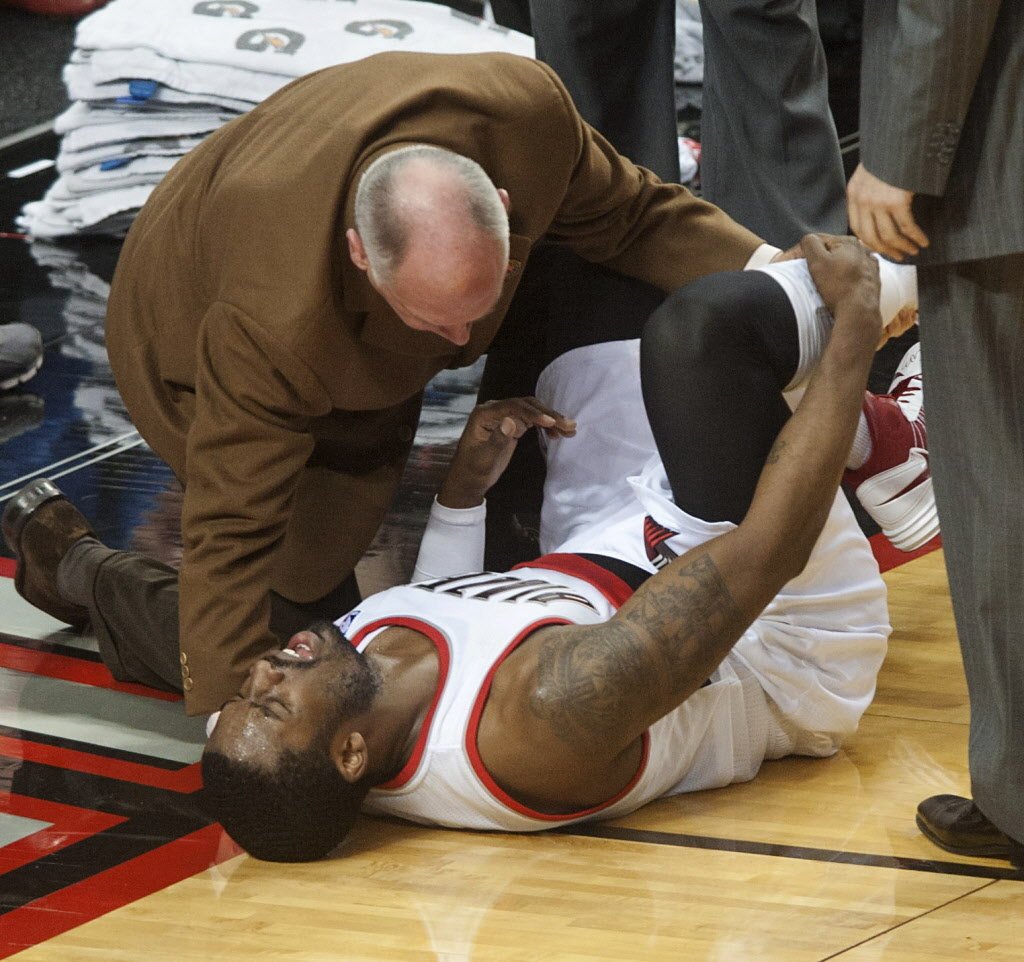 LaMarcus Aldridge and company cruised to a victory against the Dallas Mavericks Thursday night. This is now their 5th straight victory. The game got out of hand in the second half as Portland was unstoppable.

LaMarcus was Portland’s best player of the night with 17 points and 12 rebounds. The game was almost perfect but one thing happened in the 3rd quarter that might hurt the Blazers run at the championship. Wesley Matthews had to be helped off the court after a bad foot injury. He did not return to the game and sources say he tore his achilles and will miss the rest of the season. Luckily, Portland traded for Afflalo a few weeks ago and will fill in at small guard for the injured Matthews.

Batum added a solid 15 points and a season high 15 rebounds, the team had four players in double figures even though they were coming off back to back games. Impressive!

The Mavs fell asleep the second half and couldn’t get anything going. Monta Ellis and Amare Stoudemire contributed with 12 points but it wasn’t enough. Even with the return of their starting center, the team struggled. Chandler, of the biggest contributors for the Mavs this season finished with only four points and 14 rebounds. The Mavs certainly missed Parsons who is out with an ankle injury that has kept him inactive for 6 games and might cause him to miss Friday night’s game against the top seeded Golden State Warriors. 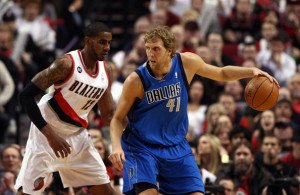 The team is hopeful he can be 100% healthy when they visit the Lakers on Sunday. If not, Richard Jefferson will keep getting solid minutes. Fans must be crossing their fingers for his return because the team looked lost without him tonight.

Reports say he tore his achilles and will miss the rest of the season. Huge loss for a team that relies heavily on his shooting. Right after the injury, he and fans knew something was wrong. Matthews was visibly upset in the locker room. Portland will miss his 16.1 points per game average.

With the loss of Wesley now confirmed, the team will rely on Afflalo who joined the team just a few weeks ago.

Portland Trailblazers and Dallas Mavericks had split the previous two games this season. Both teams currently have a playoff spot with Dallas holding on to the 6th seed and Blazers with the 3rd.

The Trail Blazers will visit the Minnesota Timberwolves who are currently on a 4 game losing streak and last place in the Western Conference standings. It should be an easy night even without Wesley Matthews at small guard.