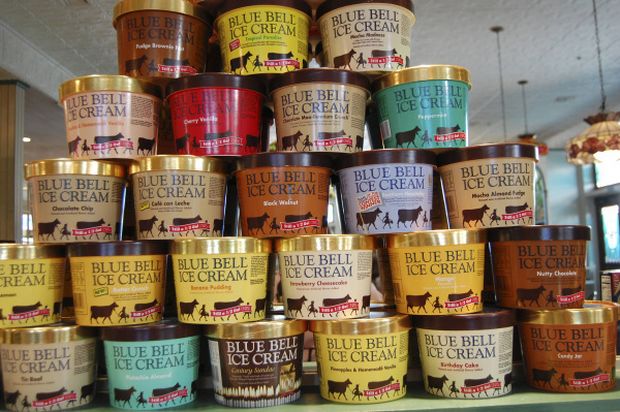 The Texas-based Blue Bell Creameries brand ice cream has been recalled for the first time in the company’s history, due to three people dying in Kansas after eating the tainted product.

The tainted Blue Bell ice cream contained the bacteria Listeria monocytogenes, which is a food-borne illness that then turns into listeriosis. Listeriosis is a life-threatening medical condition that requires hospitalization and treatment to be contained. So far, three people have died in the state of Kansas and five other people are in the hospital trying to recover from this illness. When the Center for Disease Control contacted the five people in the hospital, four of them had told the workers that they had eaten milkshakes within the last 30 days that contained scoops of the Blue Bell ice cream.

Information from the CDC has come out suggesting that these patients, both the ones that died and the ones that are recovering, were being treated at the same hospital for other unrelated medical conditions. Although it is not confirmed yet, this seems to indicate that the patients wound up getting listeriosis from the hospital and not out at a restaurant or other public place. This makes sense considering when you are in the hospital you have a weaker immune system, especially if you are undergoing a medical procedure or surgery. If the tainted ice cream was stocked inside the hospital, then there would be a greater chance that people would come down with the bacteria associated with listeriosis if they were being treated at the facility.

While all of the cases of listeriosis are coming from Kansas, the product itself was shipped from a production facility in Brenham, Texas, according to the FDA. When the FDA visited the facility, they found that three strains of the bacteria were present in some of the products. The bacteria was found in Blue Bell Chocolate Chip Country Cookies, Great Divide Bars, Sour Pop Green Apple Bars, Cotton Candy Bars, Scoops, Vanilla Stick Slices, Almond Bars and No Sugar Added Moo Bars.

Although Blue Bell took all of these products off the market, if you are visiting a hospital, nursing home or grocery store, you want to be on the lookout because the products may still be stocked in the freezer. Right now, consumers should stay away from these specific products of the Blue Bell ice cream line, and just use common sense when it comes to purchasing these items. If you have a good immune system and are not in the hospital or have medical issues, you might be able to fight off the bacteria, but it’s not a risk you should take.