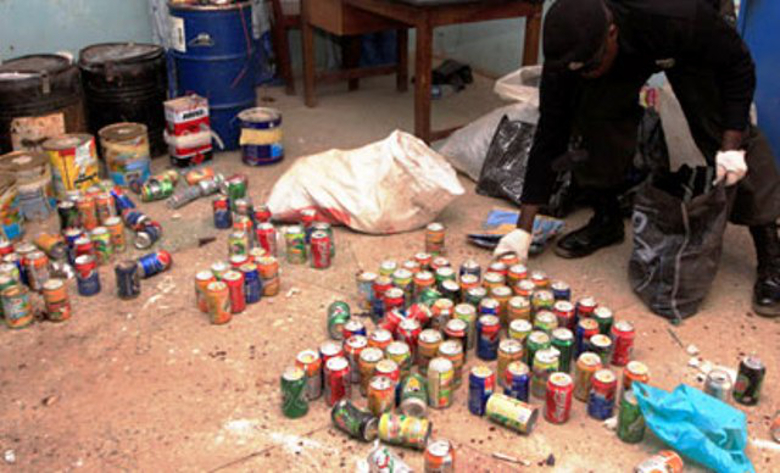 Nigerian military troops have discovered a Boko Haram bomb factory. It was found after troops took back a northeast town from the terrorist group. The factory was hidden inside a fertilizer company in the Buni Yadi town located in the Yobe state, according to government officials.

The extremists took the town back in August, one of the many seized by them that day. Nigerian troops have gone back and forth against the militants to force them out of the town. It was finally taken back last week.

The find came at a high cost as four soldiers were killed during the operation. The troops have been searching the area and so far, they’ve found improvised explosive devices and suicide bomber vests.

“Troops are still evacuating the materials … a large quantity of improvised explosive devices, including those commonly used by suicide bombers, were recovered from the site,” Nigerian military officials said in a statement.

The message says that ISIS, which calls itself the Islamic State, has expanded to western Africa and congratulated “our jihadi brothers” there.

An Islamic State Group representative, encouraged their members that cannot make it to Iraq or Syria to join the extremist group in Africa.

In a video last week, Boko Haram’s leader, Abubakar Shekau, announced that his group was willing to join the Islamic State Group and asked if they were accepted.

The group has brought death and destruction to Nigeria since 2009. They’ve attacked churches, schools, police, mosques and civilians. The terror group also kidnaps students, last year they kidnapped more than 200 schoolgirls, some are still missing.

In 2010, Boko Haram broke 105 of its members out of prison in Maiduguri along with over 600 other prisoners. After the breakout, they launched attacks in several areas of northern Nigeria.

In their latest attack, Boko Haram kidnapped 276 girls from Chibok, Borno. 50 escaped but the remainder are still with them. This year, they begun their reign of terror with a deadly attack on Baga, they burned the town and massacred civilians. The estimated death toll is 150.

Since the pledge and acceptance, Boko Haram has been using the same black standard flag as the Islamic State Group as one of its symbols.

The country is estimated to have had the highest number of terrorist killings in the world with 3477 killed in 146 attacks last year. The governor of Borno, said it is impossible for them to defeat the group as they have better armed and better motivated troops than their own. With this group getting bigger and bigger, what will the rest of the world do?