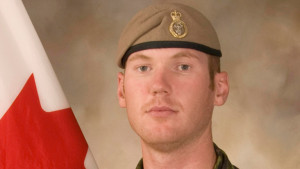 A special forces soldier from Canada was shot and killed today by friendly fire in northern Iraq. Three others were wounded, Canada’s defense department said.

The troops training local forces had just returned from an observation post when Kurdish fighters mistakenly fired upon them, killing one.

The soldier killed was identified as Sgt. Andrew Joseph Doiron who belonged to the Canadian Special Operations Regiment, located in Ontario.

The four victims were transported to a medical facility for treatment, but it was too late for Sgt. Andrew. The statement was announced by the Combined Joint Task Force –  Operation Inherent Resolve which is a U.S led coalition in charge of fighting the Islamic State Group and training local forces. Canadian Defense Minister Jason Kenney said the three other soldiers wounded by friendly fire are in stable condition.

Andrew’s death makes him the fifth non Iraqi military member to have died as part of the campaign against the Islamic State Group in the two countries they’re established in, Iraq and Syria. The other four victims in this recent battle are two U.S Marines who were killed in non combat incidents and a U.S Air Force pilot who crashed his F-16 in Jordan. The fourth, was the Jordanian pilot captured by ISIS, who was all over the news after ISIS burned him to death inside a cage late January.

Canadian politicians like the Prime Minister Stephen Harper expressed “deep sadness” over the death of Andrew but made it clear that they will not stop fighting against the Islamic State Group.

[quote_center]”Part of that duty requires us to stand tall and shoulder our share of the burden in the fight against ISIL,” Harper said. [/quote_center]

The death of Andrew Joseph Doiron comes in right when Canadian government is debating whether to extend the combat mission or not. The mission is set to end this month. Canadian Foreign Minister Rob Nicholson last week said they would remain in these countries for a while.

[quote_center]”We remain committed to our mission of supporting our allies in the fight against ISIL’s campaign of hatred and terror,” Kenney, the defense minister, said in a statement Saturday.[/quote_center]

The mission has caused a lot of controversy in Canada, who doesn’t get involved in battles very often.

Right now, Canada has 69 special forces soldiers assisting Kurdish fighters. The mission was supposed to be non-combat but it has taken a turn the last few months. The special forces have been assisting 20 percent at the front line and 80 percent behind it.

Canada is one of the few countries actively involved with the U.S led coalition fighting the Islamic State Group. The decision to join in was done after Barack Obama sent some allies a request to unite forces. Canada has six fighter jets, two surveillance planes, a refueling tanker aircraft and 600 airmen and airwomen based in Kuwait. With the Islamic State Group taking new territories and committing atrocities, will this mission drag on for months?