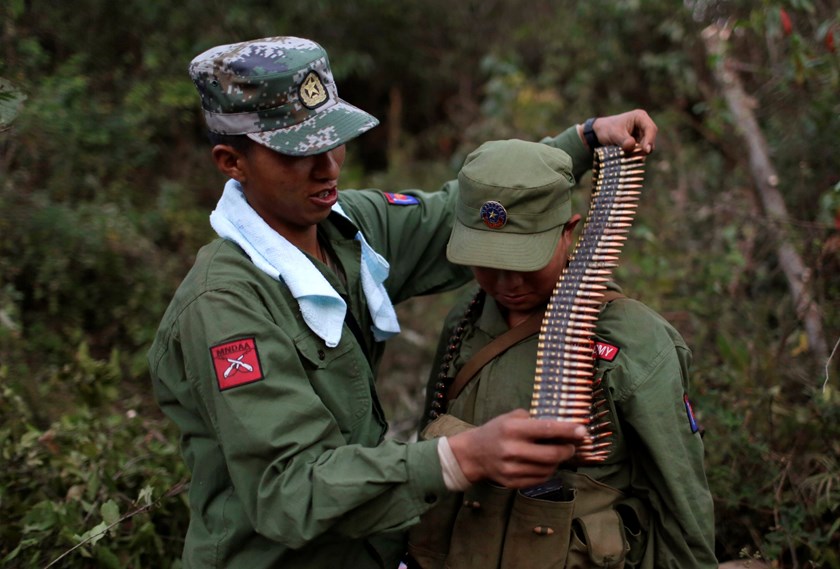 A senior Chinese military official said that China will take a ‘decisive’ response if Myanmar forces repeat an attack on its territory. The statement comes after the dropping of a bomb from a Myanmar aircraft which killed four people.

Since last month, Myanmar forces have been combating rebel groups around the Chinese border, prompting China to urge the Myanmar government to “lower the temperature”. Yet, Myanmar has denied having used any of its bombs on Chinese soil, adding that rebels may have fired into China to create a “misunderstanding” between the two countries. The rebels, however, do have an aircraft.

Following the incident, China has dispatched an aircraft to patrol the border area and set up protection of its airspace. Being has also summoned the Myanmar ambassador to complain about the bombing.

Fan Changlong, deputy head of the powerful Central Military Commission, said that the Myanmar air force had crossed the border “many times” recently, according to China’s defense ministry on Saturday.

“The Myanmar side must recognize the seriousness of the issue, seriously deal with this incident, punish those who caused the trouble, apologize and pay compensation to family members, and explain themselves to China”, Fan said in an emergency phone call to Myanmar’s military.

He further added that “Myanmar must take strict steps” to prevent its armed forces from making a “repeat of such incidents”. He warned that “China’s military will take resolute and decisive measures to protect the lives, property and security of China’s people”, without further elaborating.

Chinese premier, Li Keqiang, said at his annual news conference on Sunday that the Myanmar government had the capability and responsibility of firmly defending the border.

The fighting in Myanmar’s Kokang region has caused tens and thousands of people, many of whom are ethnically Chinese, to flee into China.

Myanmar claims that Chinese mercenaries were fighting with the rebels and have called on the Chinese government to cooperate in order to prevent “terrorist attacks” from being launched from Chinese territory.

China, on the other hand, denies that any rebel attacks on Myanmar have been launched from Chinese soil.

The rebel group, called the Myanmar National Democratic Alliance Army, are led by ethnic Chinese leader Peng Jiasheng. The group was formed by former members of the Communist Party of Burma, a powerful China-backed guerilla force which battled Myanmar forces until their dissolution in 1989.

The group agreed to an armistice with the Myanmar government which lasted until 2009, when Myanmar forces took over the region in a conflict which drove tens of thousands of refugees into the Chinese province of Yunnan.▪