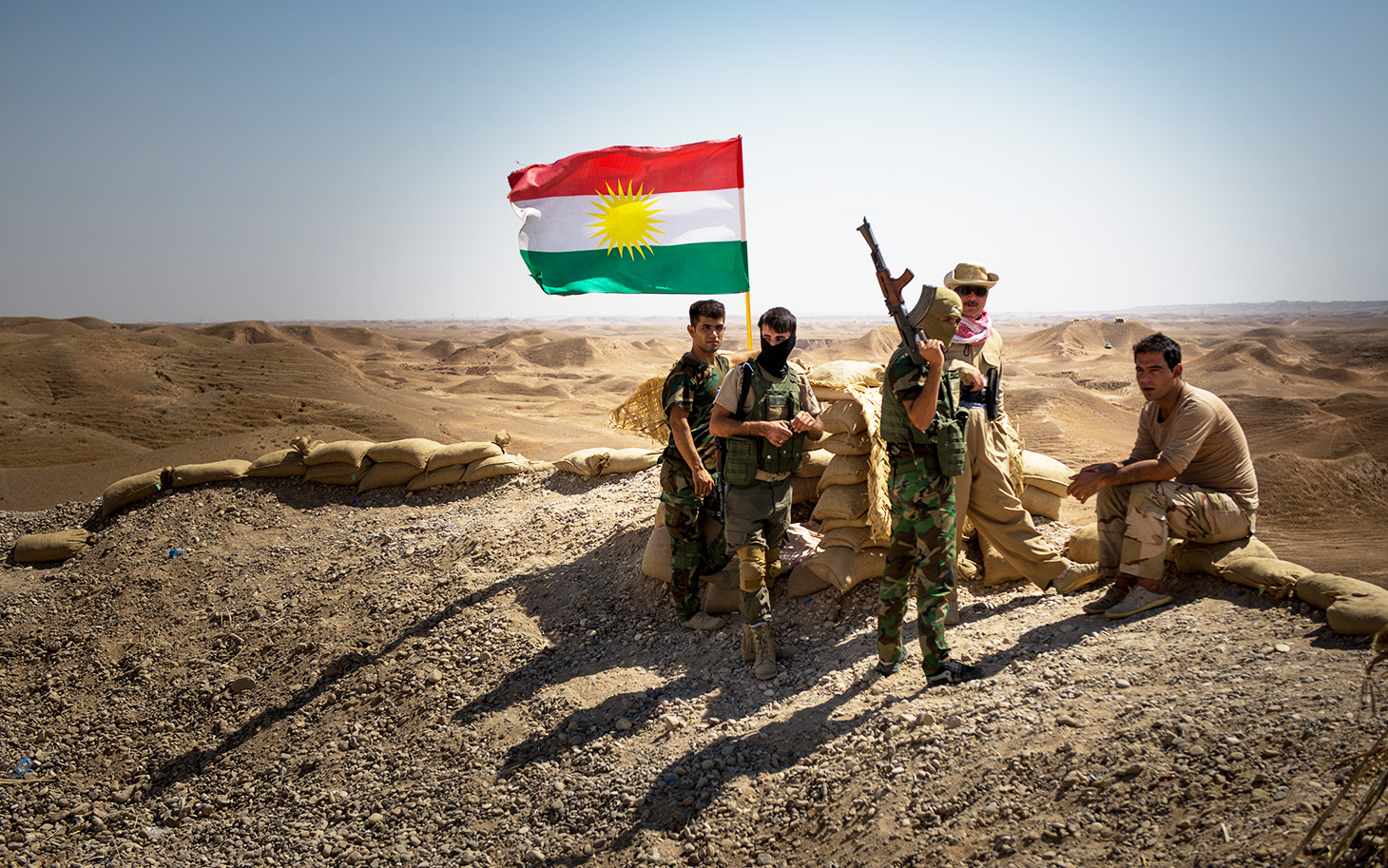 Iraqi Kurdish authorities say they have evidence that Islamic State had used Chlorine as a chemical weapon against peshmerga fighters during a January 23 suicide bomb attack in northern Iraq. This is the latest alleged atrocity carried out by the militant group which is now under attack in Tikrit, hometown of slain former Iraqi leader Saddam Hussain.

The Kurdistan Region Security Council said in a statement that the attack took place on a road between Mosul and the Syrian border during an operation by peshmerga fighters to seize a vital supply route used by the Islamic State. The fighters said they later found 20 gas canisters that had been loaded onto the truck used for the bomb attack.

A video showed the truck rushing down a road emitting white gas as it came under heavy attack from peshmerga fighters. A cloud of white smoke then billowed from the truck after it exploded, with its remnants scattering all over.

An anonymous Kurdish council official said that a number of peshmerga fighters were treated for several symptoms such as “dizziness, nausea, vomiting, and general weakness” following the attack.

The Kurds said that laboratory analysis showed “the samples contained levels of chlorine that suggested the substance was used in a weaponized form”.

Chlorine, the use of which was banned by the 1997 Chemical Weapons Convention, is a choking agent that was first used in World War One as a chemical weapon.

Peter Sawczak, a spokesman for the Organization for the Prohibition of Chemical Weapons, said they “have not had a request from Iraq to investigate use of chemical weapons” and “cannot immediately verify the claims”.

The OPCW has found that chlorine had been “systematically” used in Syria amidst its ongoing civil war allegedly by either the Assad regime or rebel forces, both of which blame each other for the use of the substance. The organization would have to obtain its own samples from a member state to confirm its use.

According to the Kurdish government, “the fact that ISIS relies on such tactics demonstrates it has lost the initiative and is resorting to desperate measures”.

There have been other allegations of Islamic State’s use of chlorine. Iraqi officials claim that the militants used chlorine-filled canisters during a confrontation in the towns of Balad and Duluiya in late September. Reports from the Syrian border town of Kobani highlight chlorine as one of the group’s additional arsenal on top of tanks and heavy weaponry looted from captured military bases.

This is not the first time insurgents in Iraq have used chlorine. In May 2007, suicide bombers similarly used a chlorine filled truck to strike three cities in Anbar province, leading to the deaths of two policemen and requiring 350 Iraqi civilians and six U.S. troops to seek treatment for exposure to the substance. The attacks were reportedly carried out by Al-Qaeda in Iraq, which later transformed into the Islamic State.

In the midst of this, Iraqi armed forces with their primarily Shiite militia have been engaging with the Islamic State in the northern Iraqi town of Tikrit in an effort to take back control. The Iraqi coalition has so far successfully secured neighborhoods at the town’s northern and southern ends.

Hadi Al-Amiri, the militia commander, said that the security forces will hold their ground until the area’s remaining civilians have been cleared. He estimates that Iraqi forces will reach central Tikrit within two or three days.