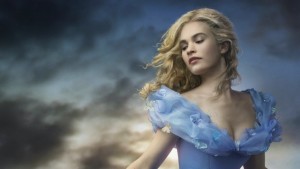 A romantic fantasy film comes up huge at the box office once again. Kenneth Branagh’s Cinderella, raked in a staggering $132.5 million in its worldwide debut. This includes an estimate $70.1 million domestically from 3,845 theaters and $25 million in China, which set a record.

Cinderella is another huge win for Disney, who has been focusing lately on bringing animated tales into real live action. Last year, it was Maleficent, a retelling of the Sleeping Beauty classic but from the eyes of its famous villain. The film was huge, as it brought in a whopping $758.4 million worldwide. Sure, the film starred Angelina Jolie as the villain, but still, it’s a big number.

You know what’s impressive? Cinderella has bested Maleficent’s $69.4 million domestic debut to make the film one of the best March showings ever. You know what’s even more impressive? The leading actress, Lily James, isn’t known. She’s still very new to the scene.

Many Hollywood experts and studios had the romantic fantasy film opening lower than $70 million. The real amount will be known Monday, when final numbers are added up.

The film, also starring Helena Bonham Carter, Cate Blanchett and Richard Madden, was launched in just 60 percent of the international marketplace, grossing in a shocking $62.4 million. These numbers will only go up, as the movie still hasn’t been shown in some major markets. Wow!

On the review aggregator website Rotten Tomatoes, the film holds an 84% approval rating, based on 140 reviews, with an average rating of 7.1/10. I haven’t watched but after seeing the rating from this site, it must be good.

On Metacritic, the film has a score of 65 out of 100, based on 40 critics, indicating “generally favorable reviews”.

Cinderella has received really good reviews so far, as seen above. Most of the reviewers and critics have praised the performances of Lily James, Helena Bonham Carter and Cate Blanchett.

Cinderella was shown in 358 locations around North America. Even the trailers were great because Disney decided to play a Frozen Fever short leaving fans excited for the upcoming Frozen 2 movie.

This wasn’t the only win for Disney this year. The famous company now has the top grossing animated movie of 2014 in Big Hero 6. The film surpassed How to Train Your Dragon 2 and it’s $618.9 million. How? The company had a great late run in China and other international markets.

Disney is on fire right now. Will Frozen 2 break more records around the world? 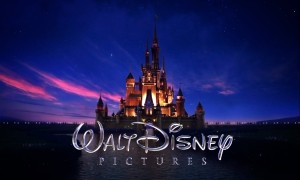