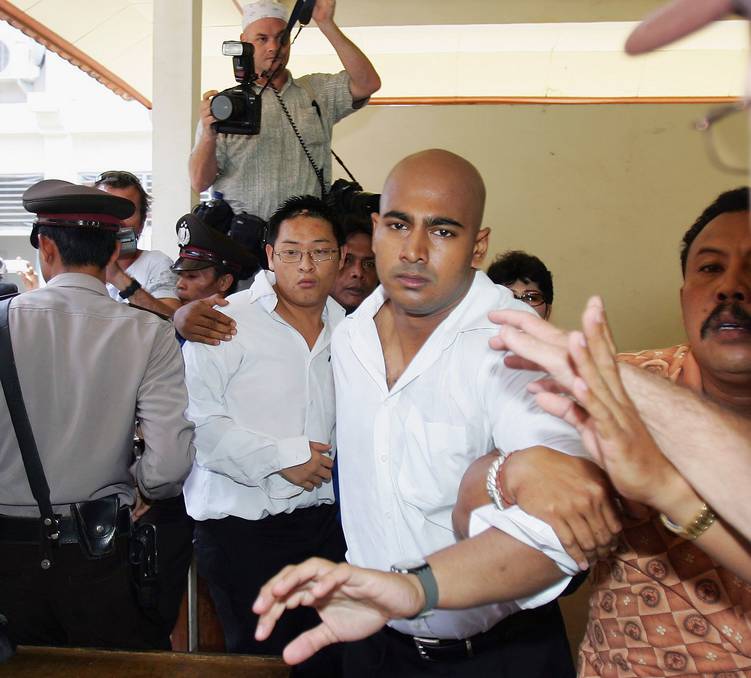 Convicted Australian drug smugglers Myuran Sukumaran, 33, and Andrew Chan, 31, have been transferred from a Bali prison to the island of Nusakambangan on Wednesday to face the death penalty along with several other foreigners. Despite international criticism, Indonesia ended a four-year moratorium on executions in 2013 and has among the toughest drug laws in the world.

The two were convicted in 2005 as the ringleaders of the Bali Nine and were apprehended at Denpasar airport for trying to smuggle 8kg of heroin to Australia.

The proposed executions of the Australians have further strained already sour relations between Australia and Indonesia after numerous pleas for clemency on the convicts’ behalf. Australian Prime Minister Tony Abbott said that the death penalty “is beneath a country such as Indonesia” and that Australians are “sick to their stomachs at the thought of what’s likely to happen to these two men”.

Sukumaran and Chan were escorted from Bali’s Kerobokan Prison in an armored van to Denpasar airport for a flight to Cilacap en route to Nusakambangan.

Others who have been convicted for drug trafficking include a Frenchman and a Brazilian, along with citizens of the Philippines, Ghana, Nigeria, as well as Indonesia.

Indonesian Attorney General H.M. Prasetyo had previously stated that all 11 would be executed but said on Wednesday that his office was still evaluating who among them will face the firing squad.

“We want to send a message to all parties, to the people of the world, that Indonesia is trying hard to battle drug crimes,” he said.

Prasetyo’s office has so far confirmed the transfer of the two Australians but has yet to issue the usual 72-hour public notice of any execution.

Indonesian President Joko Midodo has maintained an unyielding stance against drug traffickers and denied several appeals for mercy. After resuming executions in 2013, nationals from the Netherlands, Brazil, Malawi, Nigeria, and Vietnam have been among those put to death by a firing squad. 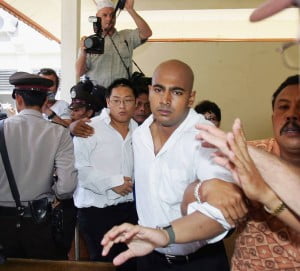 The Australian government, on the other hand, has stressed that Sukumaran and Chan have been rehabilitated during their time in prison and even mentored younger inmates. It has given warning of potential political repercussions should the Indonesian authorities go through with the execution.

Sydney-based think tank Lowy Institute conducted a survey which indicated strong public disapproval of the executions, with around 62 percent of the 1,211 respondents opposing the death penalty sentence. A campaign on social media is calling for Australians to boycott Bali, one of Indonesia’s key tourist destinations.

Putra Surya Atmaja, head of the provincial prison division in Bali, said that the convicted pair was transferred to Nusakambangan after ‘plenty of chances and time with family’.

The pair’s lawyer, Melbourne-based Peter Morrissey, pointed out that it would be a breach of the rule of law should the Indonesian authorities carry out the execution before the case is resolved. When asked whether Sukumaran and Chan were prepared for execution, Morrissey said: “They’re coming to terms with that…it’s a very raw time for them”.

The Australian government’s lobbying was said to have yielded some promise, but Abbott claims that he no longer wants to hold out false hope. ▪