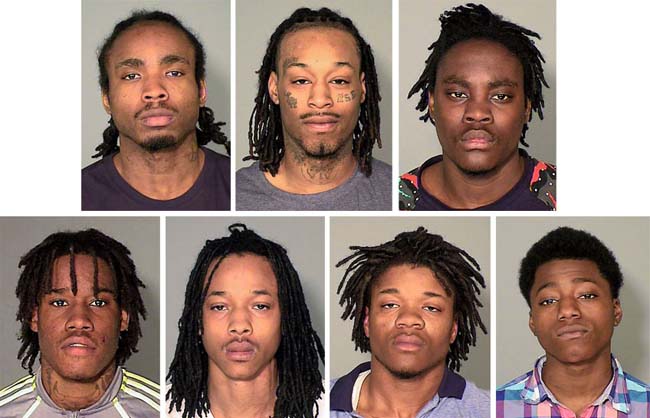 Since January, there have been several reports of assaults near the downtown St. Paul, MN, area, and this has led to many residents worrying about their safety. One of the assault cases revolved around seven men attacking a group of friends that were goofing off in the skyway system, and another incident involved attacking a man near the light-rail station. These attacks have been occurring different times of the day, with some being late at night, while other attacks have happened in broad daylight. 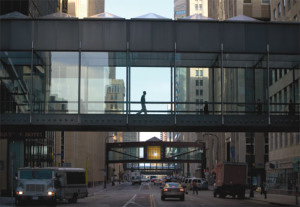 All of these assault situations are leaving residents concerned, because it appears that crime is increasing in the downtown area. The crime is ranging from petty theft to assault and other violent crimes, but the rise in crimes has been pretty consistent as far as being in the general downtown area. One of the most recent attacks was on a rival gang member of the seven men that are now being charged with the crimes. The seven men are part of the “Gutter Block Goons” gang, and now they all have been charged with felony counts of crimes committed for the benefit of a gang. Police have been more present in the downtown area since the skyway assault, and police have said that residents should know the area is safe. Police also stress that these are isolated incidents aimed at specific people, although a police presence was still seen after the seven gang members were arrested. There is no indication that anyone outside of the gang was involved in the recent assaults, which means police consider the gang members the only suspects at this time.

In total, police arrested seven gang members for the assaults that have spanned over two months, including Michael James Jackson, Jesse Jamoni Moore, and Rodney Lloyd Johnson. The police also apprehended the rest of the gang members, Devon Walter Lee Johnson, Keanu Antwain Brown, Donald Maurice McCormick, and Ramon Devon Tobert. All of these men are being charged with various counts, because some of the gang members are accused in all of the attacks, while others are only suspected in a few of the attacks. The gang members are currently sitting in jail in lieu of bond, and it’s not known if any of them will get bond or when the next court appearance will be.

In each of the assaults that were filed in court, the gang members charged were seen hitting and punching other men, including hitting the men that were goofing off in the skyway system. Some of the assault cases have other witnesses that can corroborate the testimony of the victims, while a couple others involved rival gang members who aren’t talking. The police presence will likely be seen for a while, even though these seven men are locked up, mostly as a precaution just in case any other gang members decide to retaliate. The police also want to ensure that the public feels safe walking downtown, so they will continue to keep an eye on things until the residents feel more comfortable after these violent assaults.