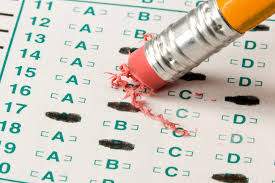 Gov. Mark Dayton is appealing to lawmakers to decrease the number of standardized tests that are given to students. Gov. Dayton wants to decrease the amount of testing by one-third within the state of Minnesota, which would enable teachers more time to teach children in a more creative way, instead of just prepping for tests. 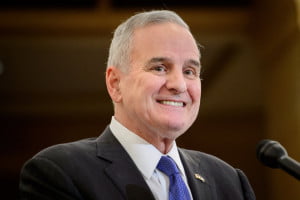 Minnesota along with 40 other states are allowed to deviate from the No Child Left Behind Act, which is where the standardized testing quotas come from. Gov. Dayton believes that you can keep the state on track in terms of education and keep track of student achievement without all of these standardized tests.

Gov. Dayton thinks lawmakers need to consider the fact that prepping for standardized tests actually harms academics, due to the inability for teachers to creatively instruct students, and it also diminishes their ability to give 1-on-1 attention to students in need. Although an education group said last month it would be beneficial to remove a few tests from the state’s active cirriculum, Gov. Dayton believes that even more needs to be done.

This isn’t the first time Dayton has expressed belief that state testing needs to be cut back, as he first stated this proposition in his 2014 State of the State address. After that speech, he asked Education Commissioner Brenda Cassellius to create a working group to recommend what tests should be eliminated. The research done by the working group is how Dayton came to the proposal of doing away with 7 out of the 21 state assessments. There has been a lot of parents, students, and teachers who have desired for less testing and more real-world learning, so Dayton hopes his approach will help all educators and students throughout the state.