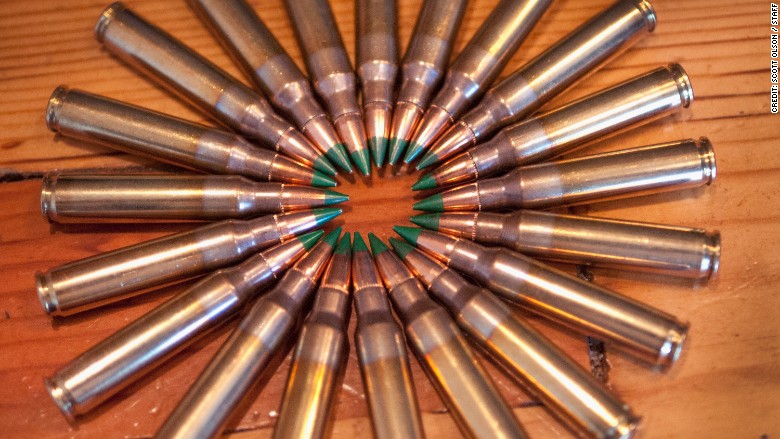 Within the past week, gun stores across the United States have been selling out of M855 bullets like hotcakes, which are the famous green-tipped bullets most commonly used in the AR-15. The Bureau of Alcohol, Tobacco, Firearms and Explosives, ATF, has proposed that these armor-piercing bullets be put on the permanently banned list of other armor-piercing ammunition.

These bullets were already popular items, but typically were double the price of standard assault rifle ammunition coming in at about $1 a piece. M855 bullets have been able to avoid being on the banned list in the past due to the fact that they are used in the assault rifle, which is considered a sporting gun and not a handgun, since all other bullets on the banned list targeted handguns. Many gun shop owners say that this ban does nothing to protect cops, if that is really the concern, because all of the ammunition that assault rifles handle can blow right through armor.

Just like in years past when there has been a threat against 2nd amendment rights, guns and the ammunition that goes along with it tend to start flying off of the shelves. In this case, it means that consumers will have a harder time finding these green-tipped bullets in stores, but for store owners this means a huge increase in business, due to demand skyrocketing this month ever since the proposal became public. While the proposal is not a done deal yet, major gun control advocates and even President Barack Obama have signaled this is a likely move, to protect law enforcement across the US as attacks and criticism of law enforcement only continue to rise. The ATF however has indicated they would like to hear from the people, so you have until March 16 to tell them how you feel about this proposal before it gets decided on.