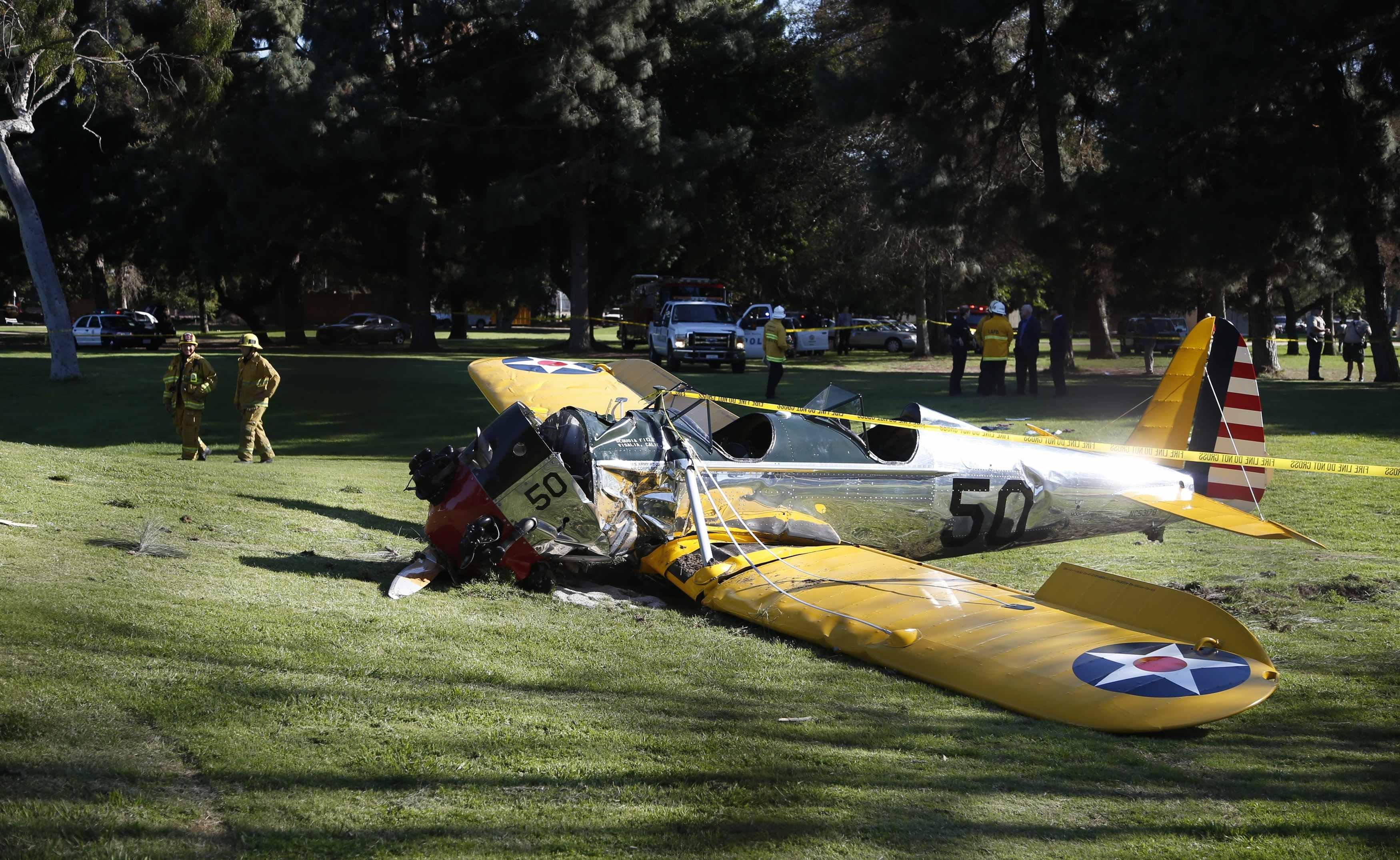 Commonly known for his roles in “Star Wars” and playing Indiana Jones, Harrison Ford is also enthusiastic about aviation. The actor owns multiple aircraft and is part of the Aircraft Owners and Pilot Association. Ford is also an active participant in the Experimental Aircraft Association, known for piloting fixed-wing helicopters and aircraft.

According Erik Scott who is the Los Angeles Fire Department spokesman, the World War II era plane known as the Ryan Aeronautical ST3KR crashed at around 2:24 p.m on Thursday.  Ford was the only one on the plane fortunately and was rushed to the hospital.  The plane went down at Penmar Golf Course, 1233 Rose Ave., as Sanjay Khurana was finishing the seventh hole on the golf course. Khurana, a spine surgeon, hurried over to Ford and observed the aftermath. The crash site was about 900 feet away from the eighth hold and near the Santa Monica Airport.

Paramedics were at the crash, but the police and officials were not able to identify the pilot immediately. They saw a 70 year old man who was conscious and needed to be taken care of. Los Angeles Assistant FireChief Patrick Butler was the one who pulled Ford out from the rubble. Currently Butler is being commended as a hero in Los Angeles.

Ford was allegedly flying a vintage plane with a motor inconvenience at take off. Realizing this, Ford was required to make an emergency landing. Butler states that he witnessed the plane clip tree branches before hitting the ground. The nose of the aircraft ended up facing a tall chain link fence near the edge of the golf course.

Ford was able to speak and move, but had a large laceration on his scalp. At the scene he was slumped over and bleeding profusely. Scott says he is currently described as being in fair to moderate condition in the hospital.

A Beverly Hills real estate broker, Eli Karon, ran to the course due to the roaring sounds. “I did not see the actual plane crash, but heard the engine cut out and saw a big cloud of dust from up the hills,” Karon states. It’s not everyday a WWII era plane lands on your golf course.

Ford’s son, Ben Ford commented on the recent disaster when he tweeted  “Dad is ok. Battered, but ok! He is every bit the man you think he is. He is an incredibly strong man”. The tough man who played Indiana Jones and Hans Solo would not go down so easily.

This however was not Ford’s first crash. In 1999, Ford crashed a LongRanger helicopter near Santa Clarita, California. Although Ford was not injured in this crash, he was also with an instructor. Fortunately both were uninjured, and the only harm done was to the helicopter.

Ford isn’t done with acting, even at the age of 72. He plans to star in the sequel of a science-fiction film Blade Runner. If that isn’t considered tough, then you should pick up a copy of Indiana Jones and watch it again.