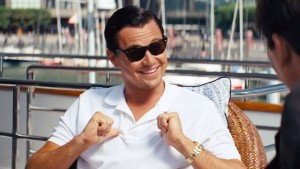 Sometimes we watch a film with a famous actor and wonder how much he got paid for the role. Right now, some of these actors are part of an elite club that gets big bucks. While some might think they don’t deserve these huge amounts of money, they’re only raising the bar.

The elite club that gets the millions was discovered from a survey of producers, agents, and executives which indicates that at least six actors are making as much as $20 million per movie. This was part of The Hollywood Reporter magazine last year, but now there’s even more numbers to talk about.

The $20 million club includes A-List actors like: Leonardo DiCaprio, Sandra Bullock, Denzel Washington, Matt Damon, Robert Downey Jr., and Angelina Jolie. That’s of course depending on the type of movie they star in. Robert Downey Jr. has surpassed that amount with his Iron Man films and Matt Damon will probably do the same with his next Bourne.

The top dog is Leonardo DiCaprio, who got $25 million up front for The Wolf of Wall Street. His $25 million actually ended up being a little less, because it included his producing fee and other expenses.

Bradley Cooper is another one who just joined the big bucks scene. After the success of American Sniper and his three Oscar nominations, the actor will probably request $15-20 million per movie, a lot more than what he earned in Hangover 3. Channing Tatum and Ben Affleck are also said to be around the same amount.

This is a surprising one. Dwayne Johnson aka The Rock, is making around $14 million per action film, which is what he got for last year’s action fantasy blockbuster, Hercules. Some say he’s making a little less with the Fast and The Furious franchise, but with his recent success, expect him to make way more if there’s a Fast 8. 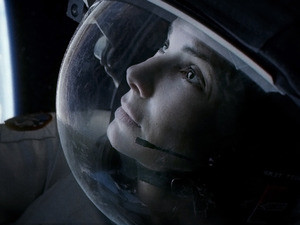 Lawrence are the fantastic four. Bullock is at the very top though, after her huge success with Gravity that left her with $70 million. Jolie earned a cool $15 million for Disney’s Maleficent and will hit $20 million if she ends up being in a Salt sequel.  McCarthy can get $15 million for a starring role. Last but not least, we have Jennifer Lawrence, who only got around $10 million for The Hunger Games: Catching Fire and Mockingjay Part 1, but is expected to make a lot more in the next installment. Can’t wait for Mockingjay, Part 2.

You think we forgot about Brad Pitt? Well no. He’s in a separate category, because he is getting single digit millions to star in non-franchise films. Not bad at all, because these deals pretty much guarantee his money whether the film does good or meh. Sure, he might not be earning what the others mentioned above are, but he still pocketed over $13 million for his role in World War Z and a lot more from the war film Fury.