Intel and Micron announce new partnership to build 3D NAND to fit more storage in a smaller unit for a smaller price. 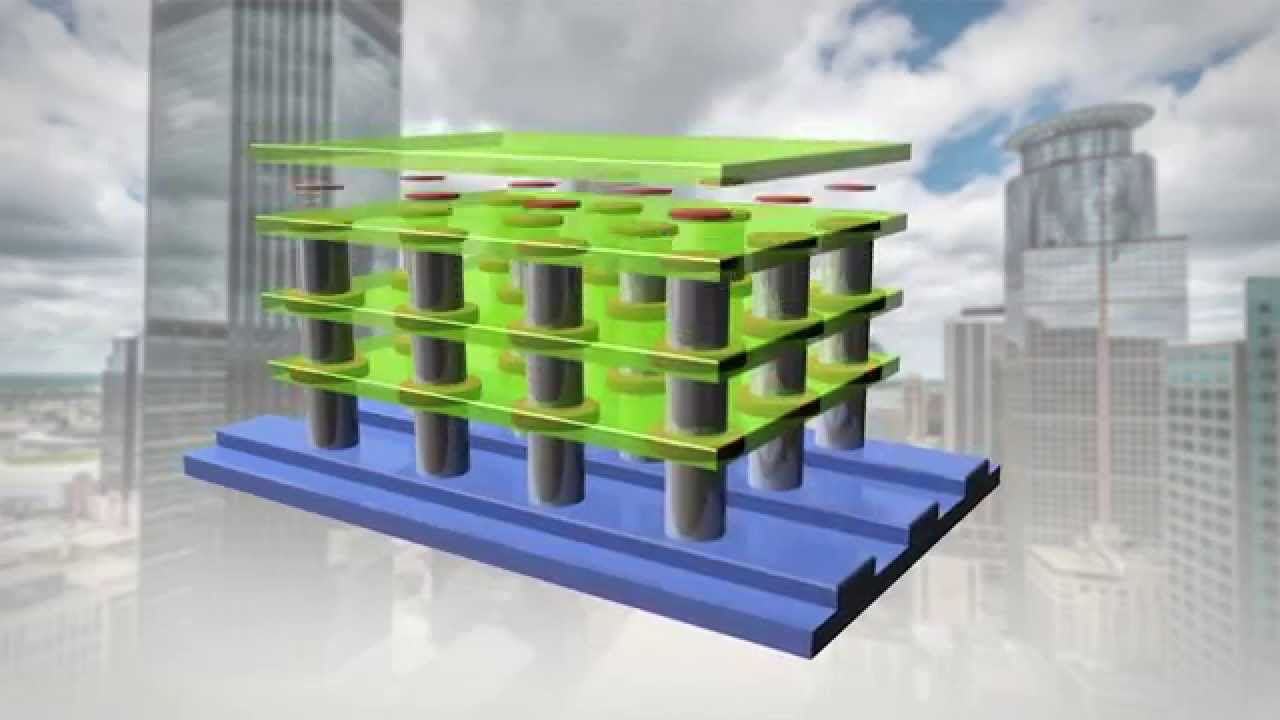 The storage wars are on, with SSD prices dropping almost by the day. Capacity for the price has always been the Achilles’s heel of SSDs, which has limited their adoption in new computers built by manufacturers.

A big step has been taken with Intel and Micron’s announcement of their new partnership in building vertically stacked NAND, dubbed 3D NAND, which allows them to stack more memory onto a single chip.

Samsung has been known as the first to tackle the idea of vertical NAND with its 850 series drives, whose price has gone down while simultaneously increasing performance and reliability.

Essentially, the technology is not complicated to understand, just complicated to build. Traditionally, memory chips are built on a single layer, with all memory cells next to each other. With V-NAND, or 3D NAND, the memory cells are stacked vertically. By using this more compact design, they can fit more storage into a single chip; Intel and Micron cite a maximum of 48 GB per die. This puts the maximum theoretical storage for a standard 2.5″ SSD at over ten terabytes. For an ultra-thin laptop’s M.2 drive, this allows up to 3.5 TB.

This is substantially more than today’s standard SSDs, which max out at 4 TB for an astronomical price. Intel’s 3D NAND process promises over twice the storage in a drive the same size, while also reducing the cost-per-gigabyte value of the drive.

Their new technology will not only benefit large capacity drives though; conversely, it will allow all SSDs to get smaller. Samsung has already demonstrated the abilities of V-NAND with its T1 drive, which can store a whole terabyte in a fist-sized unit.

Those who are interested in the architecture of how these gates are built will be interested to know that Intel and Micron are using floating gate technology rather than the charge-trap implementation that Samsung has used, which has long been considered necessary to make vertical stacking work. The use of older gate technology in their drives should let Intel and Micron build them even cheaper than before, which will continue to drive the price down and the capacity up.

Don’t go out to the store to pick one of these SSDs up in the next month though; it will take a few months for Intel and Micron to ramp up production of these drives, so we can expect to see them hit the shelves sometime next year.