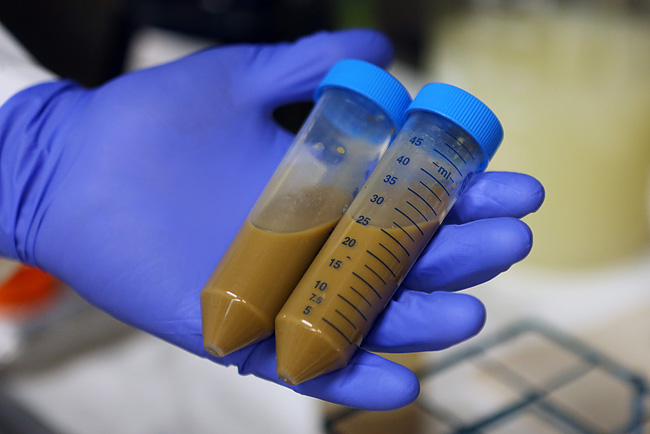 A new study has come out which is indicating that fecal transplants might be a viable treatment option for people who have a gut infection known as Clostridium Difficile. Clostridium Difficile actually kills thousands of people every year, causing severe abdominal pain and persistent diarrhea. When someone gets this nasty infection, the immune system cannot often times fight it off, because the infection is just too much for the good bacteria in the gut to overcome. 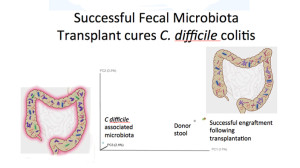 There is a lot of bacteria that is floating around the abdominal cavity, some of which is really good and important for the intestines to work properly, while other bacteria, if not contained or treated, could cause severe complications or lead to death. This new study was published in Microbiome, although it only included 14 people who had Clostridium Difficile, which makes it hard to validate just how effective this fecal transplant really is. The researchers took the 14 people, all of which had reoccurring Clostridium Difficile infections, and then selected four of them to undergo the fecal transplant. During the transplant, fecal materials from a donor were collected and purified, then mixed with saline solution, and then put into the patient using a colonoscopy.

The results of the fecal transplants were fairly impressive, because the fecal transplants helped the people dealing with Clostridium Difficile maintain a good intestinal balance for 21 weeks. There were also long-term changes in the microbiome of the fecal matter once transplanted into the patient, which is why the patient was able to sustain the good bacterial balance for 21 weeks. A lot of short-term changes were noted as well, although not all of the benefits were released in the statement from the author of the study, Michael Sadowsky. Sadowsky is the director of the BioTechnology Institute at the University of Minnesota, which is where the research team is located. The researchers at the University of Minnesota were quick to point out though that while the good bacteria was sustained for 21 weeks, it is not known really what the long-term outlook might be for these patients that suffer with this condition. It is also not known if there is any risk associated with transplanting the fecal material, such as if the risk for infection rises or if there are other bacterial issues that could form as a result of opening the affected tissues.

Sadowsky points out that there are a lot of different microbes that are found within fecal matter, while we all as humans have a lot of similar microbes, we also have a lot of different microbes that make us all unique from one another. Although there are many differences in the microbes between one person and another, Sadowsky also said that these variances and differences don’t really impact the functioning of the gut itself. This basically means that you can transplant fecal matter from one person to another, although it might not be quite what the person had previously, the differences won’t hinder the ability of the gut to work properly with these different microbes.

What is interesting in terms of regulation is that because there are differences in the fecal matter from one person to the next, it will be hard to regulate such a procedure if it becomes a standard type of operation. The United States Food and Drug Administration has previously said that fecal transplants need standardization because it is considered a drug. However, if what Sadowsky said is true, then there is no way to standardize something that is always changing from one human to another human. The FDA would have to think of different ways to try to regulate fecal transplants other than the standard types of regulations put into place for other types of drugs. Since there is no control group and everyone is technically a variable, it could make it basically impossible to ever put any type of standards or guidelines into place. It is also not known if fecal transplants could be used for other type of bowel or intestinal disorders, such as irritable bowel syndrome or Crohn’s disease. More research will be needed to see if fecal transplants could also be used to treat these other medical conditions, especially in those people who have reoccurring issues.