Is There a Housing Bubble On the Horizon? 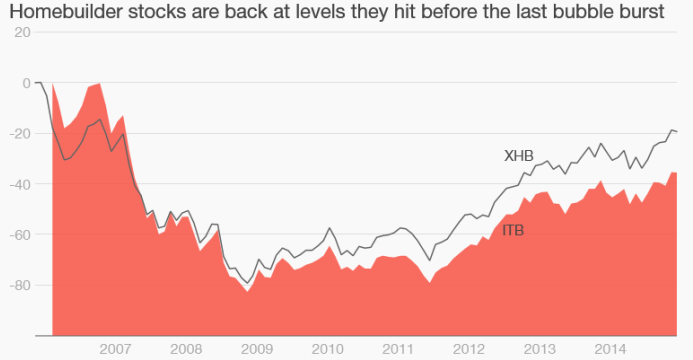 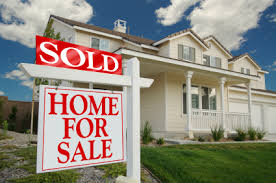 However, consumers and investors are a little worried right now about the future of the housing market, especially when the housing exchange-traded funds are looked at very closely. The two biggest housing exchange-traded funds, iShares U.S. Home Construction and SPDR S&P Homebuilders ETFs, are reporting the highest earnings and performance since the beginning of 2007. Although this might seem like great news for the housing market, it has some investors worried about the possible collapse of the housing market. Prices are going higher and higher, with more people looking into the speculative side of the market once again, and this is a good thing for sellers and buyers.

One thing that is a little concerning is that the Federal Reserve is soon going to hike up rates, and mortgage rates are once again rising like they were back in 2007. Home sales exceeded expectations for the month of February, however new building permits fell in a big way. If the mortgage rates continue to rise and the Federal Reserve increases more rates, then it’s likely that the housing market is going to see a huge downfall. Buyers and sellers both are going to be impacted by the rising rates, especially new or first-time home buyers. This is due to the fact that new home buyers are more likely to be persuaded into purchasing a home with the low rates, and the rates when they are low enable more people to afford the purchase. Once these rates go up, less people will have the desire to purchase, given the shaky nature of the economy still, and less people will be able to afford the higher mortgage rates.

When the housing market collapsed, part of that was due to banks giving out loans to people who could not afford them, and it seems like that is something that could still happen today, even after tightened regulations. What might happen is that people will purchase the homes within the next few months, then the mortgage rates and other key rates will rise, which could put a certain group of people in financial jeopardy with their newly-purchased home. You have a lot of young people who are still living at home or choosing to rent instead of buy, so increasing the rates right now almost guarantees the young people will pass on the chance to purchase a home.

There is also concern due to the oil prices, since the oil industry has seen such a slowdown, this really dissuades people from purchasing homes who are in that industry. Although banks aren’t likely to get into another subprime situation, there is still some question about whether or not the regulations will do anything to stop another housing bubble.

Some experts believe that within the next two months, the housing market will slow way down, especially if the Federal Reserve raises key rates in June. Combine this anticipation with the oil slowdown, and you have what some investors and people on Wall Street consider the perfect storm for another housing bubble. If you plan on purchasing a home, the time to do it is now, and from here on out the outlook will only get worse. Another thing to keep in mind is that if housing slows down, it will also slow down the economy, which could create even more anxiety about the potential housing bubble that exists right now.