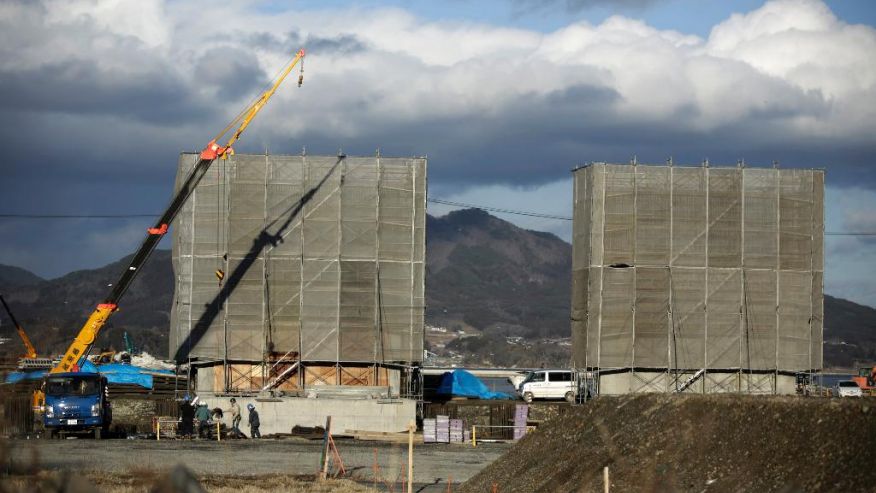 Four years after a strong tsunami destroyed most of Japan’s northeastern coast, projects to keep the area safe are now being done. Developers are building a chain of cement walls that extend for around 250 miles (400 kilometers).

People against the 820 billion yen ($6.8 billion) plan complain that the massive walls will damage marine ecology, the beautiful view, and it won’t provide much protection. They believe that’s not the solution, the end of the problem for them would be relocating to higher ground.

In the fishing port of Osabe, Kazutoshi Musashi watches as the 2.5-meter (41-foot)-high concrete barrier is being built and is slowly blocking the view of the sea. “The reality is that it looks like the wall of a jail,” said Musashi, 46, who lived on the seaside before the tsunami struck Osabe and has moved inland since.

One of the biggest worries, is that it might make people think they’re safe, which could be disastrous for a nation who has to be alert for natural disasters at all times. It is estimated that some of the 18,500 lives lost in the last tsunami didn’t pay attention to the warnings or take them seriously. 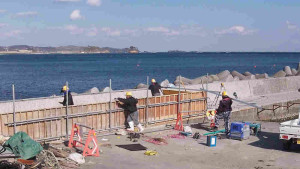 The mayor of Iwanuma back then, Tsuneaki Iguchi, watched as his area was flooded within seconds even though they had protection. Japan had already done this in the past, on a smaller scale. A 24-foot high sea wall built years earlier to help keep off erosion of Iwanuma’s beaches slowed the huge wave, but the tsunami still swept most of the town. Residents and workers of the airport watched from the roof as the wave carried off buildings, planes, homes, cars and everything in its path.

After the tragedy, the city decided to repair the walls but not make them any higher. Instead, the former mayor believes that building a wall out of forests on top of tall mounds is the best solution, because the cement walls have already proven that they can’t hold the force of mother nature.

[quote_center]”We don’t need the sea wall to be higher. What we do need is for everyone to evacuate,” Iguchi said.[/quote_center]

“The safest thing is for people to live on higher ground and for people’s homes and their workplaces to be in separate locations. If we do that, we don’t need to have a ‘Great Wall,'” he said.

Experts are still worried that this could lead to the communities being too complacent. One of these experts 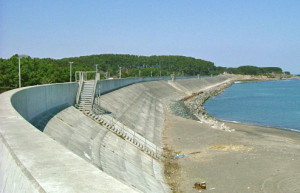 is Margareta Wahlstrom, head of the United Nation’s Office for Disaster Risk Reduction.

The “Great Forest Wall” has been tough to sell and it will take a huge campaign for it to change people’s minds. They know that the citizens are sold on the idea of having huge walls to protect them and that this plan will provide jobs to many residents. There’s one problem for these giants walls, their high costs of maintenance.

Prime Minister Shinzo Abe’s wife, Akie, spoke about the problems that these giant walls would bring, such as high maintenance costs and the inability to see if the sea is coming at them. “Please do not proceed even if it’s already decided,” she said. Instead of a one-size-fits-all policy, she suggested making the plan more flexible. “I ask, is building high sea walls to shield the coast line really, really the best?”

What will the nation decide? What is the best option?