Have you always wanted to have a pet but your place is too small? Too crowded? No room for walks? In Japan’s capital, Tokyo, you can rent a small dog for just a few hours.

This is a great way to keep your kids entertained, don’t you think?

Seven year old Rina Kakinuma, seems to like the idea of being surrounded by toy poodles and beagle pups for a few hours. “She really likes dogs but our home is not suitable for pets,” her father Shinji Kakinuma tells Agence France-Presse (AFP).

“I was a bit sad for her so I looked for places where she could hang out with dogs.” Rina and her family are not the only ones.

The crowded Japanese capital makes it a hard place to own a pet. Even if your condominium allows you to have animals, the average apartment in Japan is just 650 square feet which equals to 60 square meters. It’s just not enough room.

That is where pet rental places like Dog Heart come in. Just a few minutes walk from Yoyogi Park, one of 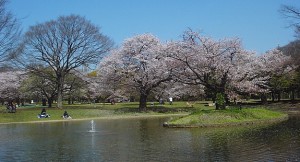 Tokyo’s biggest places to grab some fresh air, Dog Heart is part petting zoo and part pet rental shop. In this place, visitors can choose to play with the animals or take the pet for a nice walk around the park. Half an hour of play time only costs 950 yen ($8), while 60 minutes of dog walking around the park will cost you around 3,600 yen, a little over $30. If you don’t feel like that was enough, both can be extended for additional cost.

The owner of Dog Heart, Yukiko Tsuchiya, started this business three years ago and says her business has grown a lot, so much that she has clients coming in weekly.

“In the suburbs, it is easier to get in contact with dogs, but in Tokyo, there is a demand for a places like this,” she says. She’s right, with a population of 13.35 million, the Japanese capital is the most populous metropolitan area in the world. This leaves its citizens without room for pets.

“People bring their kids here, couples come for dates, men and women come on their own… and elderly people as well, because they feel too old to have a pet at home.”

Not everyone likes Yukiko’s cool business. The Japanese Coalition for Animal Welfare (JCAW), does not like the idea of renting pets because they say the animals will most likely be affected by physical and psychological problems, such as mental stress from people that don’t know how to handle a pet since they’ve never had one.

“The animals will no doubt be confused or frustrated with the wide variety of people that will come to the facility,” JCAW head Koichi Aoki said. You could say they’re right since animals can be easily traumatized by a bad experience.

Dogs are rented to go on walks with paying clients might be forced to do things they don’t really want to do. Making them perform beyond their physical limits may result in fatigue, inflammation of joints, among other things.

The shop’s owner says she looks after the animals with care, all of which love to be walked, played and petted with. She also says that JCAW shouldn’t be too concerned because the animals were born in that kind of environment.

Who’s right in all of this? Let us know.