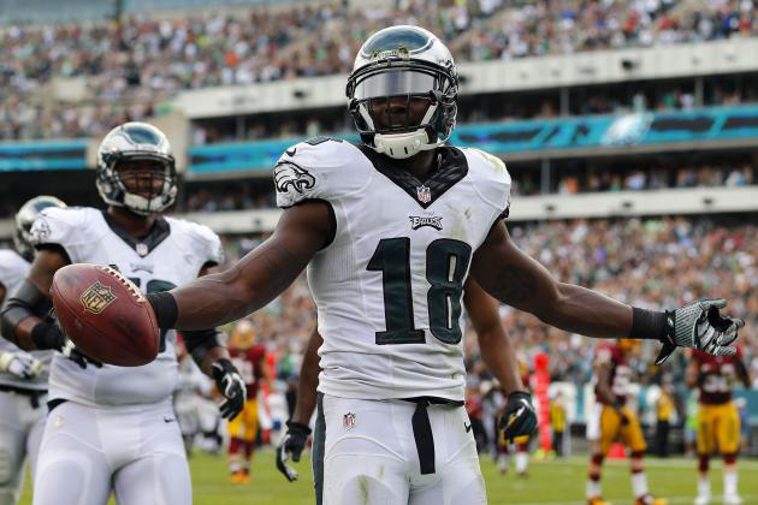 Now we know why the Philly Eagles and Jeremy Maclin’s new contract talks have stalled. The Pro Bowl wide receiver wants $11 million per year, 2 million more than what the Eagles offered during last season. Jeff McLane, a reporter from the Philadelphia Inquirer says the talks between the two sides have slowed down just because of the money.

“Jeremy Maclin wanted around $11 mil a year. Eagles got to $9 mil during season. He won’t get to $11 in free agency w/Randall Cobb ahead.”

If he was to get $11 million per season, it would tie him with Larry Fitzgerald as the eight highest paid player at wide receiver. Arizona Cardinals #1 receiver Fitzgerald is currently making the same money Maclin is asking for. Fitz just inked his deal a few weeks ago to remain with the Cardinals, the contract will probably his last big payday since he’s over 30 and that is when receivers start to decline. Maclin is only 26.

Maclin who had a great year last season, will probably look at other options. He says he wants to remain with Philly but the two sides are not close to a deal. Is Jeremy an $11 mill player? Eagles aren’t convinced. Maclin who was coming off an ACL injury, put up career numbers. He made the Pro Bowl and almost got the Eagles to the playoffs. The thing is, this was his first great year. The years on the opposite side of ex teammate DeSean Jackson were just decent.

If the Birds and Jeremy Maclin can’t agree on a number by the time free agency starts on March 10th, the wide receiver will gather a lot of interest from teams needing a #1 guy. It’s already been reported that the Houston Texans will make a great offer to the speedster. Maclin’s agent is already contacting teams since the NFL’s ”legal tampering” window opened early yesterday.

It looks like the Eagles will play the wait and see game, even though Chip Kelly might already be thinking of replacements through the NFL Draft. Or maybe he’ll pull a blockbuster trade like the one that sent LeSean to the Bills.

It looks like Cobb is back with the Pack after agreeing to a 4 year $40 million deal. Cobb is just as good as Maclin, if not better. Now that he’s back in green and yellow for $10 million a season, how will this affect Maclin’s asking price? 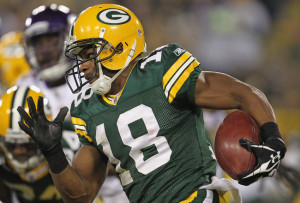 Other than Maclin, the Eagles seem to be interested in almost all the top free agents. Chip Kelly has recently cleaned house and is looking for quality replacements. The Eagles are currently aiming at signing Byron Maxwell, Devin McCourty, Ndamukong Suh, and even a former Redskin, Brian Orakpo. With lots of cap space available, look for Philly to make a splash when free agency starts. And if that doesn’t happen, they’ll be the team to watch come draft day. Will the Eagles pull the trigger and trade for quarterback Marcus Mariota? It would be a great offense to watch, no doubt. 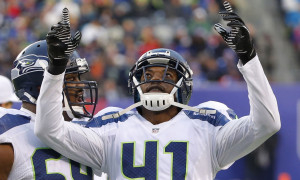