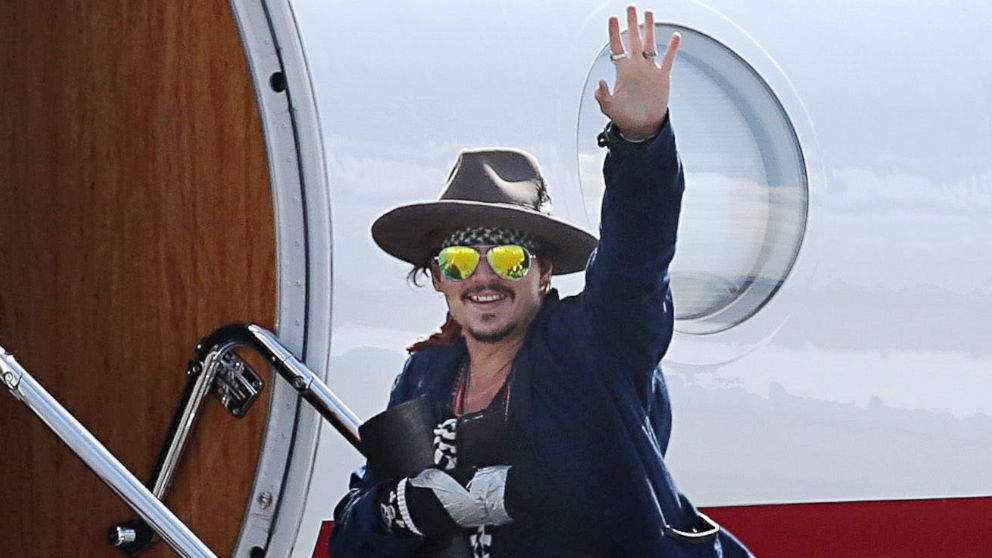 Johnny Depp is known for not wasting any drinks, but a different kind of spill forced him to fly back to America.

The actor best known for his role as Jack Sparrow in Pirates of the Caribbean, is rumored to have suffered a broken right wrist while go-karting on a private track owned by five time MotoGP world champion Mick Doohan. Ouch! It was first reported that he had suffered a facial injury.

Depp had been staying at the place since he arrived last month, the Gold Coast Bulletin reports. Located on the famous Gold Coast, Mick’s property has a huge outdoor pool, 16 hectares of private grounds that offer a beautiful view of the coastline and every rich guy’s entertainment, tennis courts.

The secluded property provides all the luxury one would expect for a famous Hollywood actor, including a private helicopter hangar and easy access to the beach.

The injured Depp looked happy and waved at the photographers and fans as he boarded the plane back to Los Angeles.

The 51 year old actor will require a surgery after badly injuring his right wrist on the Gold Coast while filming the latest installment of the Pirates of the Caribbean franchise.

The actor, who was not on the set of the movie when the bizarre injury occurred, showed up with his hand taped up and held it close to his chest, as if he was in serious pain.

Despite needing surgery, which he chose to go back to the United States for, Depp looked ok and happy as he waved to the crowd before boarding the plane.

The funny thing about all this is that the bandage covering up his hand and wrist, featured skull and crossbones. Very smart man, who low key advertised the upcoming movie, which is coming out two years from now.

The incident will only cause a short delay on the filming, nothing too serious. The producers will use this time without Jack Sparrow to film other scenes.

Not a lot is known about the incident, Queensland police and ambulance services say they never received a call regarding Depp. They believe the famous actor may have taken himself to the hospital by private means.

Pirates of The Caribbean

The long awaited film sees Captain Jack Sparrow pursued by an old enemy known as Salazar. This guy who has escaped from the Bermuda Triangle, vows to kill every pirate at sea and has a numerous crew with him. Salazar’s role will be played by none other than Javier Bardem, who nailed it as Skyfall’s villain. Orlando Bloom is rumored to return but not Keira Knightley who has already confirmed she will not be coming back. Pirates of The Caribbean hits movie theaters July 2015.