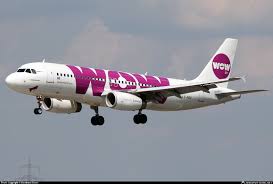 It almost sounds too good to be true. WOW Air is currently selling $99 one-way tickets from the US to Europe. Founded in 2011, the Iceland-based company has plans for flights from Boston and Baltimore starting this spring, where planes will travel to major European capitals.

The company’s first American flight occurred on March 27, 2015 between Reykjavik Airport in Iceland and Boston’s Logan Airport. This route will fly five times a week, and in early May new routes to Baltimore-Washington International (BWI) will be added. Current options include form Boston or BWI to Paris, London, Berlin, Copenhagen, or Dublin. From there passengers can catch a connecting flight to other European cities on WOW Air.

The $99 ticket only covers the basic necessities, which is all most people really need. If one wants to pay extra for extra legroom, baggage, or seat selection, those options are also available.However, even with extra legroom, a regular seat reservation, and extra luggage, it’s only a total of $164 – less than half the average price of transatlantic flights by major airlines.

The company is entirely owned by its CEO, Skuli Mogensen, who has big plans for expansion in the US flight market. “I don’t see why the low-cost model will not have a 30 percent market share in the next five to ten years,” Mogensen declared to CNBC. That’s only one percent up from currently, but still indicates Mogensen predictions about ultra-low cost airplane fare.

The prices aren’t concrete, as the closer to departure date you book the higher the prices jump like any other airline, so if you want to score $99 tickets book far in advance.

The theme of the company so far is bringing humor to the flying experience. The flight attendants uniforms, planes, and carpets are all a bright fuchsia pink; call buttons for in-flight service are marked “Honk if you’re hungry”; and mustaches are painted at face level on the restroom mirrors. Also available in-flight are Icelandic inspired snacks such as smoked lamb on flatkaka (flat rye bread).

The company is very small for an airline with just under 200 employees, but is expanding fast, especially on social media. Perhaps the introduction of an ultra-cheap flying alternative will drive similar companies to also drive down prices such as Norwegian Air Shuttle which has suffered losses to WOW Air. In addition to the dropping value of the Euro, vacations in Europe are looking very sweet this year in terms of affordability.

Do you have a personal experience flying WOW Air? Headed to Europe this summer? Comment below and tell us how it was and what you thought!