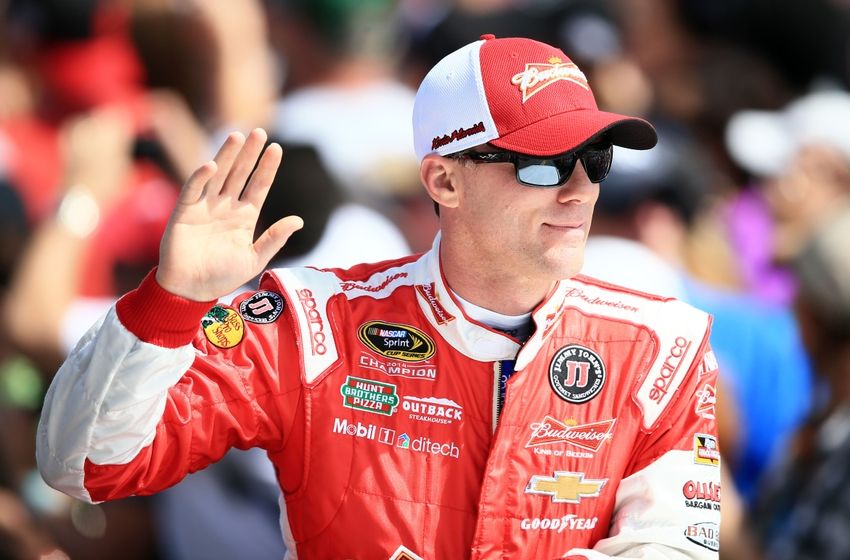 Kevin Harvick dominates at Phoenix International Raceway once again, no surprise there.

Sunday, Kevin Harvick got his fourth straight win at the track and his fifth in six total races there. Harvin, who started first, had barely any competition.

The race had a little drama at the end, as Harvick held strong in first place in a strong attempt by Jamie McMurray to take his spot. Kevin was challenged by Jamie on a restart with 12 laps to go after a precaution flag went up. The precaution was caused by Danica Patrick’s spin. McMurray got a little ahead of Harvick on turns one and two, but could not seal the deal and lost ground.

The defending Sprint Cup Series champion was able to hold down McMurray just enough to get some space heading into turn three and retook his spot in turn four. From then on, it was all Harvick. The driver held it down for the last 11 laps.

“The restarts were just really slippery and I learned that in the race yesterday,” Harvick said. “You had to really maintain your entrance speed and really slide the thing through the center of the corner to try to help keep it pointed up off.”

The track, located in Phoenix, was given a coat of asphalt four years ago. Today’s event marked the eight official race at the track. Harvick, who had a 19th place finish in his first race at the track, now averages a fifth place finish since the repave.. Not bad. The racers will now be alert when the circuit returns to Phoenix for the penultimate race of the tournament. If Harvick is still in the running in the Chase, everyone will be on the lookout for the talented racer, who is looking for back to back championships.

Kevin won at Las Vegas Motor Speedway last week and is the first driver with back to back wins in 2015. Jimmie Johnson and Joey Logano won the first two races of the year but don’t have back to backs.

Kurt Busch Is Back

Kurt Busch finished fifth in his first race back after being the first NASCAR driver suspended for allegations of domestic violence. His suspension was lifted 4 days ago. Kurt almost finished in a better place, but he pitted under caution with 20 laps to go and fell back in the field after some drivers decided not to visit the pits.

Outside of Harvick and Busch, the Stewart-Haas Racing struggled. Danica Patrick spun and Tony Stewart didn’t crash once, but twice. The first one happened after he had contact with Justin Allgaier, who made him spin. This was a tough blow because Stewart had just fought his way into the top 10. The second one, was even worse as he lost a tire trying to gain positions. Tough start for the 3 time Sprint Cup Series Champion.