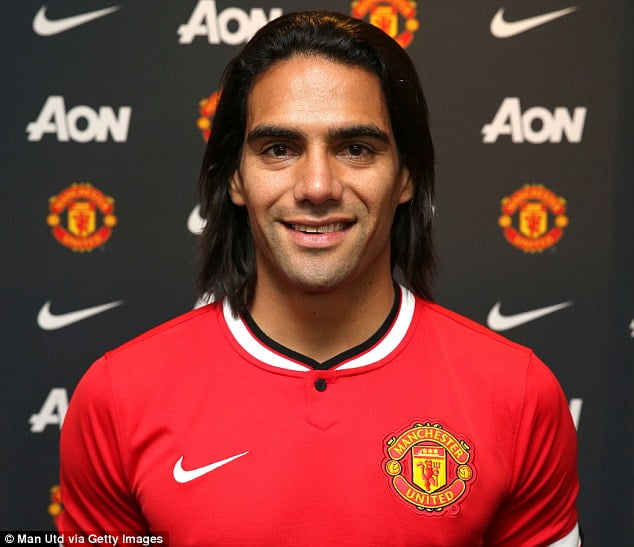 Man U will reportedly wait until May to sign Radamel Falcao to a permanent deal that would secure his stay in the EPL. Currently on loan with the team, he has not made an impact and Van Gaal has made it noticeable by keeping him on the bench many times.

The Colombian star joined United on a loan after Monaco started getting rid of high wages due to Financial Fair Play regulations. The current plan is to keep him on loan with the team and after the season the teams would make a deal worth £43.5 million for his permanent stay at Old Trafford. Is he worth it?

Sadly, the former River Plate, Porto, Atletico Madrid, Monaco player has been hit with many injuries and inconsistency throughout the season. In his 17 starts, he has managed only 4 Premier League goals. These numbers are career lows all around.

The sluggish play seems to be affecting not only him but the entire team. The Red Devils are currently in 4th place in the EPL and have wasted many opportunities to gain ground on the top three. With games coming up against Newcastle, Arsenal Tottenham and Liverpool, the team is going to have to pick up the slack. The club spent over $100 million in signings last year and has not lived up to expectations.

The situation could get very ugly quick if the team keeps performing the way they are. Only 3 points separate 4th, 5th and 6th place for the UCL spots. The two teams behind Man U are Liverpool and Southampton. One which just came off a big win against Man City and another who had a horrible February with only one win.

Man U will probably say no to Falcao if he keeps this up but there’s plenty of chance to reverse those thoughts starting in their next game against Newcastle at St. James Park. Will these rumors get Falcao going? Will Man U keep him?