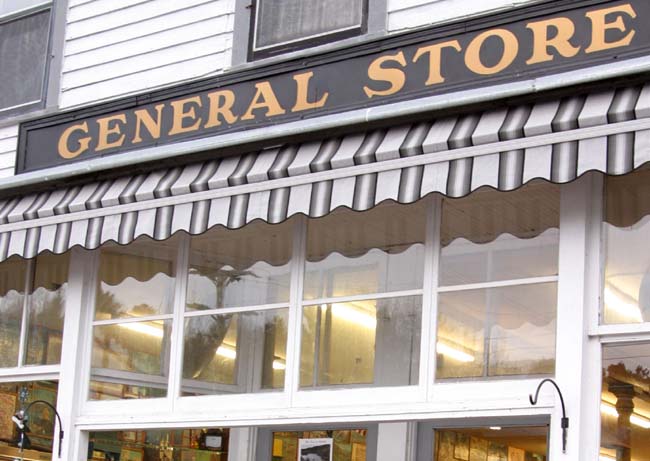 One of the most iconic landmarks in Marine, the Marine General Store, is for sale. The asking price is $900,000 for the business, property, ice cream shop, five upstairs rental units and equipment. The owners, Karen and Andy Kramer, have had the business for 10 years, and are now looking to retire. They purchased the building when they were looking for a good investment, which it was, but they have a granddaughter being born in May, and they want to focus on their family and spending time with loved ones.

Many people within the community love this General Store along with the owners, so there is a sense of sadness for many of the regular patrons. The Kramer’s wrote that they want to find the right owner for the General Store, and do not want anyone to think they are abandoning the town or the store. They note that the General Store has become a nice social hangout, with some people going into the store 3 or 4 times a day to socialize with other community members, and that is something they both will always cherish. The socializing in the General Store has been going on for years, with residents young and old always looking to the store as a place to tell stories and talk about local news and events.

The store was built in 1870 and contains various departments such as a deli, bakery, meat department and video store. There is still the original wood floor and counter, so this is a store that has so much history inside of it, which is why it’s very special to the community. The store is open seven days a week, and closed only on Christmas Day The store has been such a local hotspot in part because it has been feature in print ads, paintings, magazines, and television shows. This store is more than just a normal General Store, it’s really the heart of St. Croix and the Kramer’s know they need to find an owner to respect the history while pursuing the future with this vital landmark. The Kramer’s also expressed gratitude to all of the employees that have been part of the business over the years, many of which have remained employees for years, and who have always treated them like family. They both know the community is strong and so is the bond that the residents have with the store, and they hope the integrity of the store will stand for many years to come.