Mashco-Piro Venturing Out of Amazon 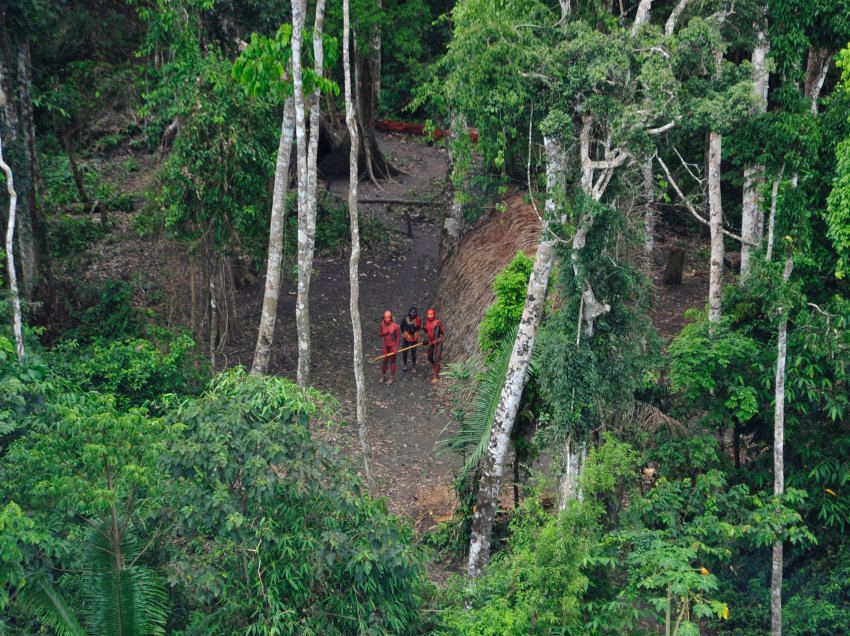 Dressed in one piece garments and speaking an unknown language, the Mashco-Piro, one of the last tribes to have minimal contact with people, are exploring more and more out of their forests in Peru and the government is not happy.

Authorities say intrusion of the tribe’s territory on the Amazon rainforest by illegal lumberjacks may be forcing the Mashco-Piro, a tribe of foragers, into some of their first recorded contacts with Peruvian civilization. Most of the time, the meetings between the tribes and residents turn out to be friendly. The people that live around the area provide the Mashco-Piro with food, and tourists give them all kinds of items and clothes. Not all meetings go like this, some members of the tribe can make these encounters very violent.

Just 4 months ago, Peruvian authorities evacuated two nearby villages after a group of Mashco-Piro attacked 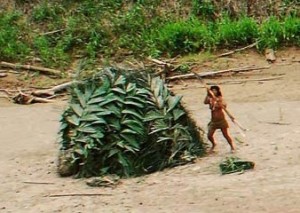 them with bows and arrows. No lives were lost, but the tribe killed residents livestock, pets, took food and all the items they could find. This isn’t the only incident registered by authorities, five years ago the tribe was accused of hurting a teenager with a spear. Three years ago, the venturing tribe killed a local guide with a bamboo tipped arrow.

Peru’s government has expressed concern over the recent encounters between the residents and tourists with the tribe. These meetings are not only dangerous for the civilized, but for the tribe who’s immune system has never been exposed to diseases. A simple gift from a person could bring a disease to the tribe and easily wipe them all out.

[quote_center]”They can be very vulnerable to germs carried by others,” said Lorena Prieto, head of the Peruvian culture ministry’s isolated indigenous peoples unit.[/quote_center]

The Mashco-Piro tribe, who are also known as the Cujareno, have around 800 members and live in the Madre de Dios reserve right at the Peru-Brazil border.

The Madre de Dios reserve is home to around 4,000 indigenous people, including two other groups that have minimal contact with civilization: about 150 Machiguengas and about 300 Nahuas, according to the culture ministry.

The Mashco-Piro are known for acting aggressively when they see unfamiliar things. What kind of things? Other indigenous groups that don’t speak the same language or animals that they’ve never seen before, like dogs.

The indigenous peoples’ federation for the Madre de Dios reserve (FENAMAD) blames the loggers, miners and drug traffickers for the current situation. FENAMAD is also not ok with tourists visiting the reserve, as it could turn out to be dangerous for both sides. 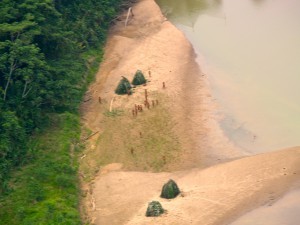 civilization for so long. They also want to know if the tribe is looking for some sort of help. There’s one big problem, they’re the only ones who know the language and that’s what is troubling this effort.

The government is on an active search for an interpreter who can understand a little of the Mashco-Piros’ language. They’re also searching across the border in Brazil in hopes of finding a member that may have learned another language. The government will take this slowly because they’re not looking to force any encounters with the tribe.

“Isolated indigenous peoples have rights protected by the United Nations, including the right to decide to live in isolation, which the state must respect and protect,” Lorena Prieto said.