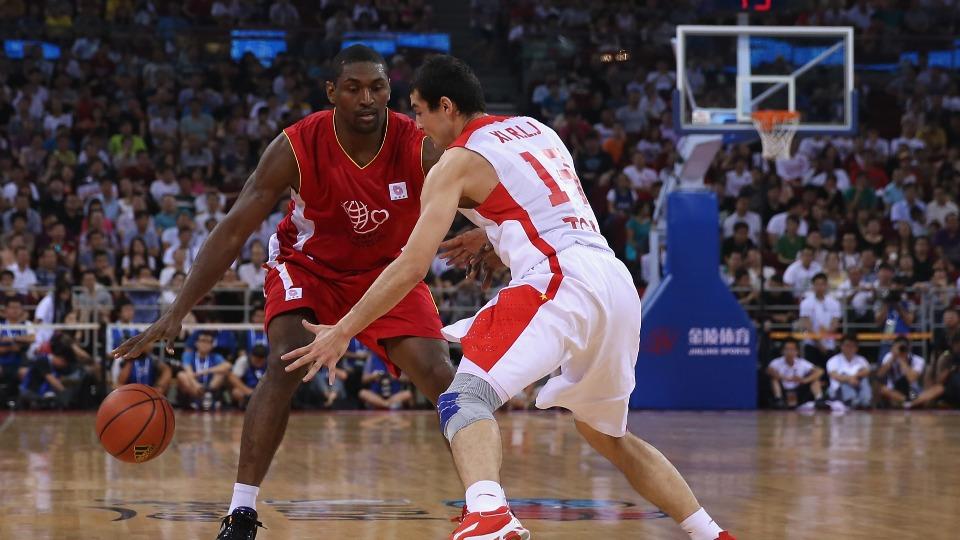 Heading into the final years of his basketball career, former NBA All-Star Metta World Peace is a very different man.

World Peace, who recently inked a deal with the Italian basketball team Pallacanestro Cantu, in a move the club called “the coup of the century,” is known as much for his talent as his on and off the court controversies.

“I had an up and down career,” the 35-year-old World Peace said today.

“I grew up playing basketball on the streets of New York City and it was very, very rough and I started playing in the NBA in the same way.

“Now the mentality is different from when I was younger. I always had the street mentality, but when you’re older, you get more mature.”

World Peace, says he will retire five years from now when he turns 40. He also says his new attitude has made him better on the court. 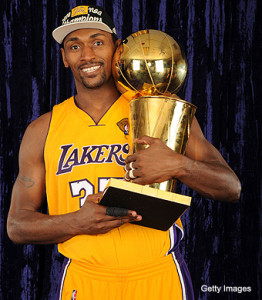 “When you play angry you can’t focus,” he said. “I’ve got five more years to have a great time, so I will be playing with a lot of fire but not anger, just passion.”

World Peace, whose name was Ron Artest before, was playing for a team in the Chinese Basketball Association, the Sichuan Blue Whales. This after a successful career with the Pacers and stints with the Chicago Bulls, New York Knicks and Los Angeles Lakers, where he won his only title back in 2010.

The forward had a nice season with the Sichuan Blue Whales, averaging 19 points and six rebounds in just 15 games played for the Chinese team. In his time there, he decided to change his name to “The Panda’s Friend”, but now that his time is over with the team, he’s getting ready for the Italian basketball season.

Old NBA fans know what Artest is remembered for, the brawl. On November 19, 2004, Ron Artest was the center of a huge brawl between players and fans. The brawl involved Artest, Pistons center Ben Wallace, Artest’s teammates Jermaine O’Neal and Stephen Jackson, several other players, and spectators including Pistons fans John Green and A. J. Shackleford. Artest ended up getting suspended for the rest of the regular season and missed a total of 86 games. To this day, the suspension is still the longest in NBA history. Teammates Jermaine O’Neal and Jackson, also got suspended, but not as long as Artest.

The following season, Artest requested a trade. Him wanting to play for another team didn’t make his teammates happy and Jermaine O’Neal, who defended the controversial player in the brawl, said “We felt betrayed, a little disrespected,”

There would be more problems with the team after the Pacers agreed to trade him for the three-point specialist Peja Stojaković. Artest said he did not want to go to the Sacramento Kings and delayed the trade, the situation was eventually resolved and Artest was sent to his new team. After leaving the Kings, Ron continued to have some success with the Rockets, Lakers and Knicks.