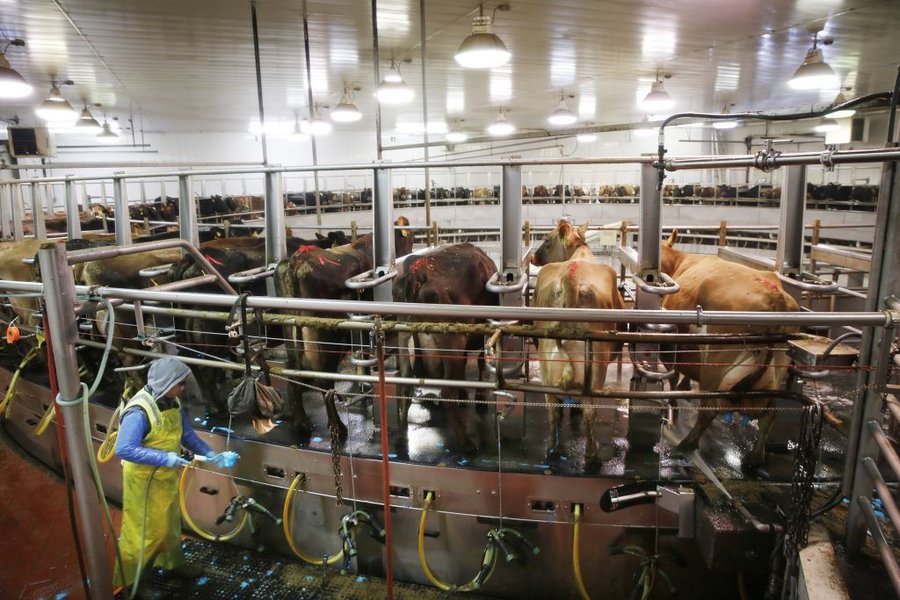 Riverview Farms LLP, owned and operated by the Fehr family, has become Minnesota’s biggest diary producer, but there is a battle brewing over a new proposed feedlot. The Fehr family wants to start a $55 million dairy feedlot, but various environmental organizations are asking Minnesota to stop the family from creating what they consider to be dangerous conditions for other Minnesota residents.

The complaint from the environmental organizations is that this new feedlot, which would be housing more than 10,000 cows in one location, creates a variety of issues the city and state can’t stop from happening. Concerns over manure spilling into the various water sources, gassy odors being produced, and depletion of the water sources are just some of the concerns groups like Citizens’ Board of the Minnesota Pollution Control Agency have.

A lot of questions are also being raised about the fact that giving the Fehr family this much of the milk production within the state is likely harming the smaller family-owned farms within the state. The environmental groups claim smaller groups might be more beneficial to the state because they can produce milk at a higher quality, since the quantity of the cows is lower. The concern also has to due with housing this many cows in one single location, and what that might mean for production and contamination of the milk supply.

For the Fehr family, milk production is a 22-hour a day operation, with over 80 different stalls slowly rotating the cows to grab the milk where it can be instantly chilled. There are trucks that come in and out of the facility on a regular basis, with over 56 semi-trucks going through weekly to transport the raw milk. The Fehr family claims that it doesn’t matter how many cows they have within the farms, because they are still following all environmental compliance laws.

There is also a fight brewing over the Citizens’ Board, who is just a panel of Minnesotans appointed by the governor to set direction for the MPCA. Some Minnesota lawmakers believe the Citizens’ Board should not have control over setting standards and is overstepping boundaries by trying to get certain people the okay to farm and all the while, saying other people can’t because of unwritten rules on cow limits. For now, the battle is raging on about whether or not the Lehr family should be able to continue to expand their farms and begin new ones. The battle over regulations concerning the farm size and the battle over what impact the cows really have on pollution and the environment is also continuing to grow.