Mission: Impossible 5, the highly anticipated sequel to the colossal hit Mission: Impossible Ghost Protocol was originally scheduled to come out in theaters next December. But there was one little problem, another giant film was threatening to take its spotlight. What film could be so big that made the producers delay the movie? It is none other than Star Wars: The Force Awakens (which comes out a week before). With this in mind, Paramount opted not to take any risks and decided that the ideal time for the release of the film was on the last day of July 2015. A less competitive time frame for blockbuster movies. 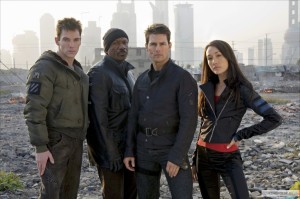 Fans are no doubt hyped for the upcoming release and can’t wait to see it on theaters. The five month early arrival also has fans wanting to fast forward time. The marketing department is not so happy.  The decision to move up the film five months earlier has created a logistical nightmare for the crew. At first, they thought they had a full year to put together a campaign. Now their time has decreased and it has workers going crazy. With just a few months before the popular film is released, when will we see advertisements and marketing material? According to director Christopher McQuarrie: soon.

The filmmaker took part in a long Question & Answer session on Twitter that was only about the new Mission Impossible. They discussed the official title, the release of trailers, and what the movie is going to bring.  You can visit comicbookmovie site for the entire Q&A. We do have some exclusive details about the film:

There are a lot of big films coming out this year, many of which have had the correct amount of time to show and advertise themselves to the fans. Paramount will have to work double to make sure this film is ready in all its aspects.  From what we seen in this article, it sounds like it will be just as good as the first ones. Mission: Impossible 5 hits all theaters July 31, 2015. Be ready. 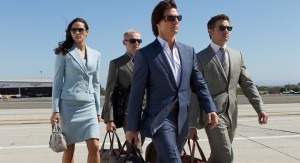