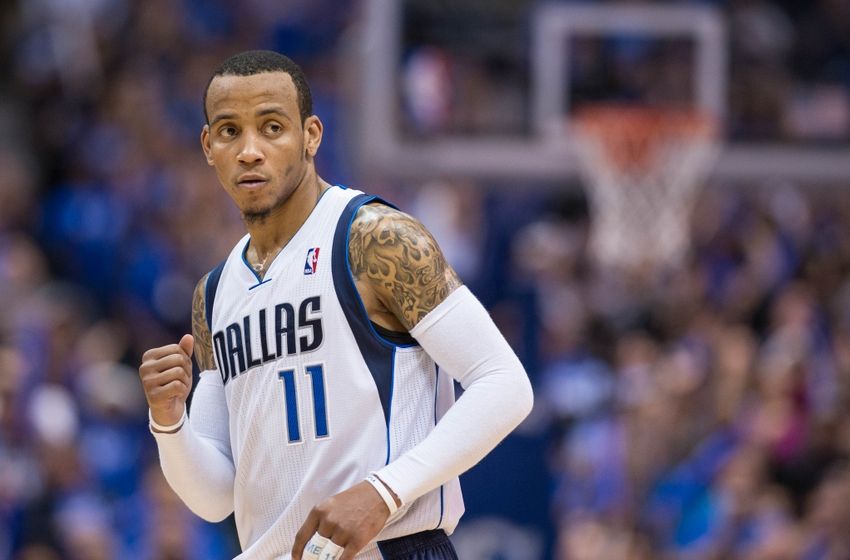 Monta Ellis entered Tuesday night’s game against the red hot San Antonio Spurs in the middle of a string of bad performances, possibly the worst in his two years with the Mavs. The 29 year old small guard went for 4 for 22 in a loss to the Phoenix Suns on Sunday, and left many people wondering if the team would bring him back after this season, when he becomes a free agent. Ellis was not the most popular guy heading into this tough matchup at American Airlines Center.

We all know one game doesn’t determine the quality of a player, but last night he showed the NBA what he could do and was an important piece of the Dallas offense that took the victory against the defending champs 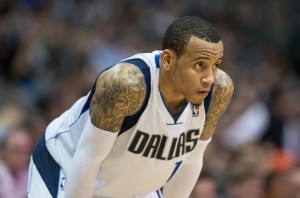 101-94. This wasn’t just any regular season game, this created a tie with the Spurs for the sixth seed in the Western Conference, technically San Antonio is still ahead by percentage points, but it was great to see the Mavs offense finally clicking. Monta tied his season high with 38 points on 16 of 27 shooting and added five assists. He was all over the court last night and was involved in many of the pick and roll plays. The guard even knocked down two shots from beyond the arc, a beautiful one over Kawhi Leonard, which was the start of the big run that had the Mavs leading by 16 halfway through the fourth quarter. It was a great performance overall from Ellis, who looked very confident and was a nightmare for the Spurs.

After the game, Ellis and Carlisle were bothered by a question from an ESPN reporter, who asked, “Too much Monta tonight, don’t you think?.” Coach Carlisle would later speak to the reporter privately to clear the air, nothing else was said.

This isn’t the first time Ellis goes off against the defending champs. He came into Tuesday’s contest averaging 32 points per game on almost 60% shooting the last two meetings. The Spurs tried their best to stop the guard and had Kawhi on him for most of the night, it didn’t matter.

It’s just one game, but Monta showed that he is a solid guard that can come up big when needed. While it’s true that he’s had some bad games in the past against the Grizzlies and Suns, the blame shouldn’t be just on him. The Mavs offense has looked really bad at times, even though they have a quality roster filled with star veterans.

This huge 38 point performance could end up as the greatest moment in a Mavs season, in which they’ve kind of disappointed. But there’s still plenty of time to turn things around and let’s not forget that they have some serious talent in this roster. With only 10 regular season games to go, the Mavs have to find their ideal setup before the playoffs. What will Carlisle do? Will Monta Ellis keep getting big minutes? Should the Mavs keep him?