Neandertal Jewelry may have been worn 130,000 Years ago 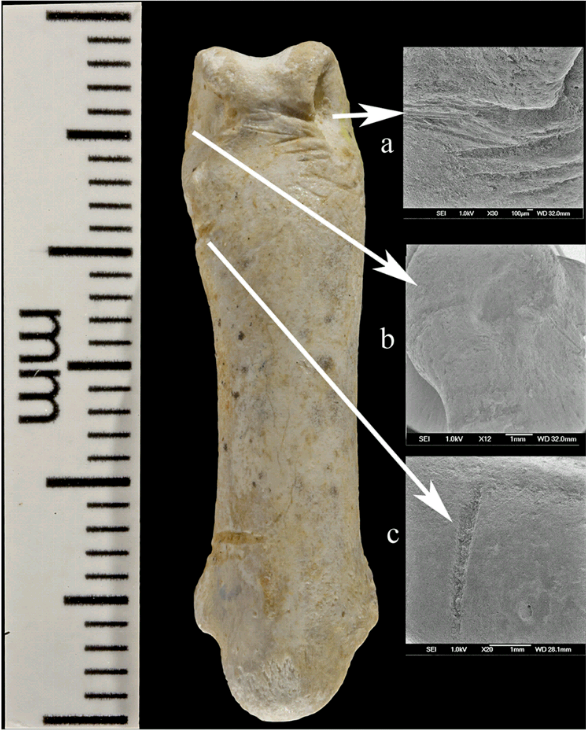 When it comes to insulting someones intelligence, the english language offers a plethora of options. Be it a sarcastic „Einstein“ or a simple „stupid“, some of us might resort to „Neandertal“. But do our extinct relatives really deserve to be remembered in such a way? Studies in recent years suggest a different story by describing the production and use of art and symbolic items such as feathers, shells, and as written in a recent paper published in the PLOS ONE journal, eagle claws as displayed above.

The talons were discovered over a century ago during the excavation of a site called Krapina in north western Croatia. Under the direction of Gorjanovic-Kramberger between 1889 and 1905, thousands of pieces were excavated ranging from stone tools, Neandertal bones and teeth and animal remains. These are now held in the Croatian Natural History Museum in Zagreb with nothing remaining of the site itself.

Only evidence of Neandertals is found at Krapina, and the dating is estimated at around 130,000 years ago. This is in contrast to the commonly held notion that ornaments and art stand for the special cognitive abilities of modern humans, since they only arrived in Europe 43,000 to 45,000 years ago.

These talons show signs of manipulation that cannot be explained by nature. They are highly polished, with some parts being dull. The cause is presumed to be when the talons were rubbed together whilst being part of an assemblage. Both the polishing and the abrasion could not have occured in the living eagle due to being separated from each other. Along with this are various cut marks where evidence of natural causes is lacking, especially since no other bones, Neandertal or animal, have them. From another site it is known that they were capable of producing twisted fibers,  thus there is no reason to suspect the Krapina Neandertals were incapable of producing fibers to string together eagle talons.Thus it makes these talons the earliest evidence for jewelry in the European fossil record.