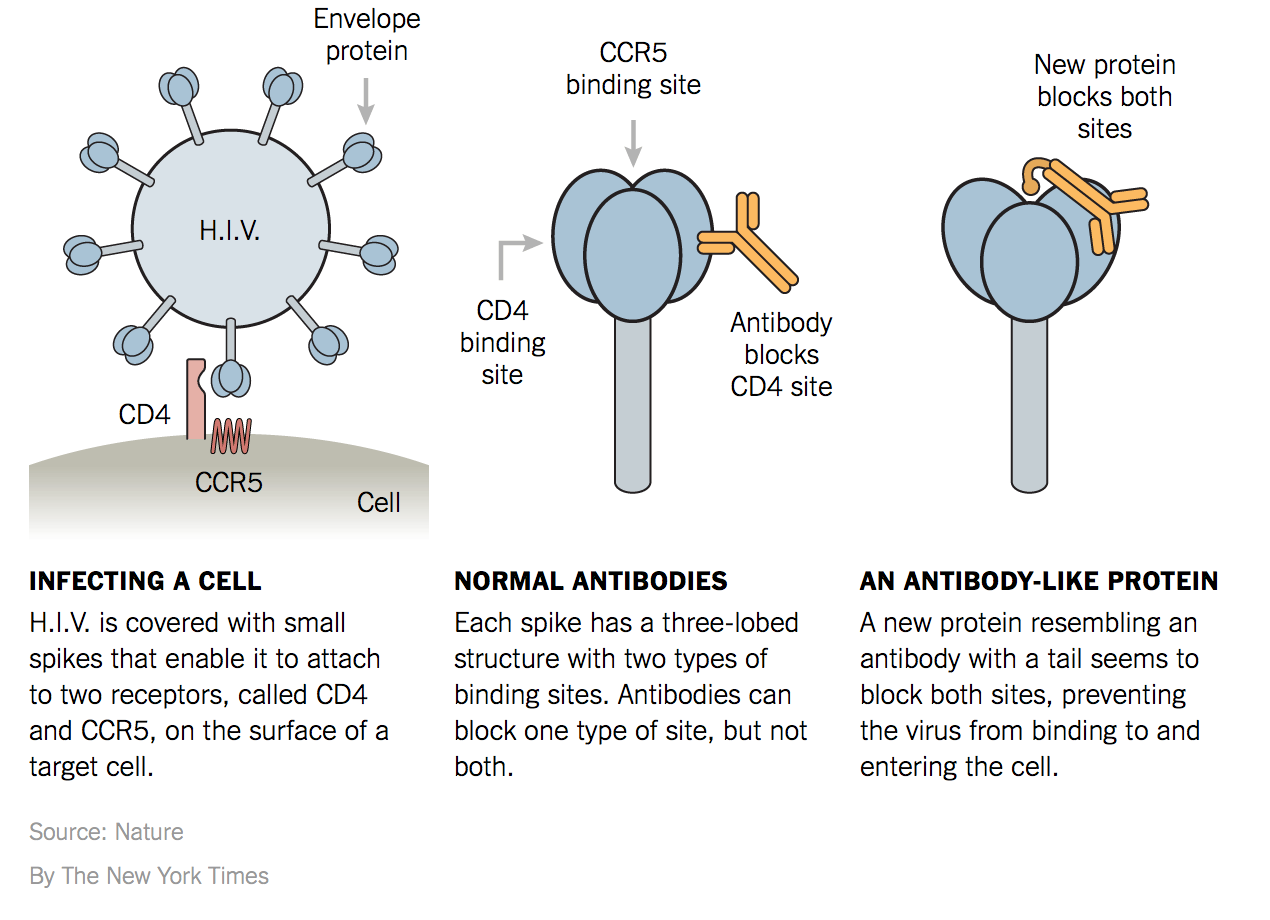 After more than thirty years since the discovery of the virus, researchers at the Scripps Institute in Florida may have found the most effective agent against HIV yet. A team of dozens headed by Michael Farzan recently announced the creation of the antibody dubbed eCD4-Ig after it successfully protected four macaques from infection despite being injected with large doses of the virus.

HIV has been a difficult challenge for scientists due to its changeability. The way it works is that after entering the body, HIV infects white blood cells by attaching itself to two proteins (CD4 and CCR5) on their surfaces. The immune system reacts by having antibodies try to attach themselves to the virus to prevent further damage but since the virus constantly changes its form they cannot dock on to it.

eCD4-Ig was designed to imitate CD4 and CCR5 as they are important docking sites for the virus and the matching binding sites on the virus’ surface happen to belong to their least changeable structures.The virus locks onto the molecule as though it were a regular cell and is thus neutralized. The hope was to increase targeting efficiency as previous antibodies only ever targeted one of these binding sites and proved ineffective.

After successful results in cell trials where the protein stopped the virus’ propagation they subsequently used it in an animal experiment. Four macaques were injected with a harmless virus that had a gene for eCD4-Ig whilst four control counterparts were left untreated. Over several weeks they were all then exposed to the HIV virus in increasing doses and whilst all control animals became infected over time, the treated four never were. Their conclusion was that even though there were still many challenges left, eDC4-Ig could offer a long-lasting and almost universal protection against HIV infections.

Nancy Haigwood from the Health & Science University in Oregon in response to the work of her colleagues stresses though that the amount of animals tested so far is very small. And whilst injection is the most accurate test for the proteins effect and protection, it does not reflect on the natural way of infection and warrants more trials. It is also yet to be seen if it works just as well on humans. Farzan has stated though that there are more experiments planned on monkeys before they would try it on humans, “to see if there is anything weird”, he says.