National Football League officials are looking at staging regular-season games in various areas around the world. The places being considered are Germany, Mexico and London. The league is aiming to increase the sport’s popularity around the world.

According to a posting on the NFL’s official website, the league is building a solid fan base in London with an 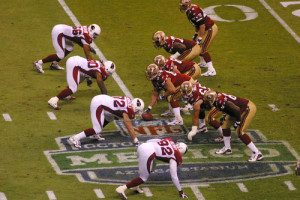 eye to going from three to four Wembley Stadium games starting next season and targeting games for Germany and Mexico in 2 or 3 years.

NFL International executive vice president, Mark Waller, said the league was looking to stage four games in London the past season, but it was obstructed by England hosting the Rugby World Cup at the same time the NFL season started.

Waller also added that the National Football League is on its way to adding a team in London by 2022, due to the big popularity the games have had there.

The league has had a very successful venture to London and has sold 40,000 tickets for all three of this year’s Wembley games. A lot of them are the same people that bought tickets for the games last year. The NFL sees this as huge support for the sport and is looking to increase that with games around the world.

The National Football League is looking at setting up the 2017 Pro Bowl in Brazil and studied venues in the Mexico City area earlier this month. The report also mentioned Frankfurt and Dusseldorf as most likely to host a German NFL regular-season game with the capital Berlin and Munich also being considered. Germany is used to hosting big events and hosted the World Cup back in 2006. 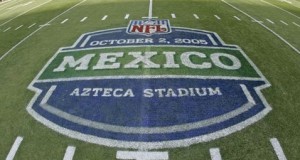 There are other countries being mentioned like China, but right now the NFL is focused on media rights and online content distribution. Waller added:

“The work we’re doing now is to ask, ‘How do we accelerate the agenda in Mexico, Canada and China? Those would be our next stage,” Waller said. “After those, where should be our focus? I think we’ve concluded that Brazil and Germany are the next two frontier markets.”

NFL Games Hosted In Other Countries

Canada – Six games were held in Canada between 1950 and 1961 that pitted NFL teams against Canadian Football League (CFL) teams, with the NFL teams taking all six contests.

China – The China Bowl was the name of a proposed NFL pre-season exhibition game between the New England Patriots and Seattle Seahawks. The game was first postponed and then canceled.

Mexico – It was the first regular season NFL game held outside of the United States and it featured the Arizona Cardinals and San Francisco 49ers. The game was a success as it brought 103,467 spectators, more attendance than some of the teams in the U.S.

London – This has become a common place for NFL games. Since 2007, the league has hosted 11 games there. The last one being on November 9, 2014 between the Dallas Cowboys and the Jacksonville Jaguars.