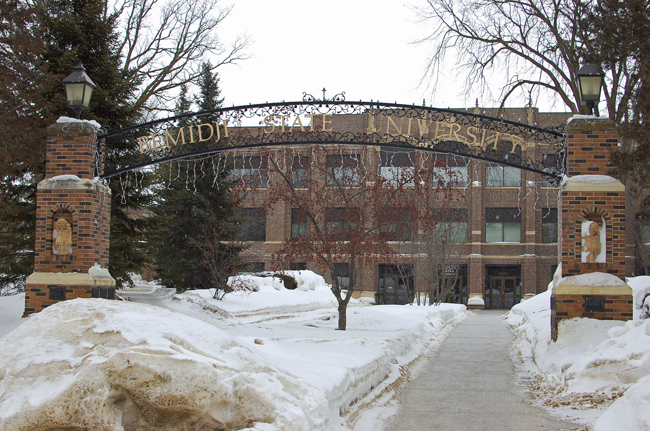 Law enforcement released a statement saying that no one will be charged in the hypothermia death of a Bemidji State University student who died December 10.

The 20-year-old woman, Sandra Lommen, who attended the nursing program at Bemidji State University, was found unconscious on the ground, then later died at the hospital. When emergency workers got to Lommen, it was noted that she was likely intoxicated and suffering from hypothermia, and her vital signs were very weak. After she died at the hospital, an autopsy was performed to determine her exact cause of death, and the medical coroner listed the cause as hypothermia.

Later, the Bemidji Police Department came out to talk about the events which led to her death, and that is where the investigation began to see if anyone was culpable for this woman’s death. The police learned Lommen had left a party around 2 a.m. On December 10, 2014, and was heading toward her dorm room on the campus of the college. Lommen was found unconscious less than 2 miles away from her dorm room, and the police believe that she had fallen into a creek, got up, and then continued to walk home not realizing the signs of hypothermia. The hypothermia had set in to the point that it caused her to collapse on the ground as she began to go unconscious, and by this time her vital signs had weakened and her body began shutting down systematically.

The investigation into Lommen’s death was partly due to the fact she was not 21, which meant that someone had supplied alcohol to her knowingly, which could lead to criminal charges for supplying alcohol to someone underage. The Beltrami County Attorney’s Office informed the police last week that there would be no prosecution in this case, mostly due to lack of any hard evidence of wrongdoing by a specific person.

The investigation looked into several different parts of Lommen’s last night, including her social media profiles, interviews with other people who were at the party, which was an effort into trying to track down which person was the provider of the alcohol, which directly related to her impairment and inability to realize she was suffering from hypothermia. It’s very likely that had Lommen not been drinking that night, she would not have fallen into the creek, and would be alive today.

Although Lommen died in December, it took several weeks for the investigation to become final, due to the subpoenas needed to gain access to the social media accounts of the people at the party, and because it’s social media, it takes longer to go down the chain of who said what and when. Throughout that whole process, while they knew pretty clearly that most everyone at the party was drinking, some others also under age 21, there was no postings that talked about who bought the alcohol, so there was no smoking gun in this case.

While it’s sad that Lommen died due to hypothermia, which was directly related to consuming alcohol and then falling down into the creek, this is a teachable moment to college students everywhere. You need to either not drink when you are under 21 or find someone to take you home, so that you aren’t walking alone at night by yourself highly intoxicated. Had someone driven Lommen home or had she had someone else with her that night walking home, there is a chance none of this would have happened. The main takeaway from no charges being filed in this case is that underage drinking is a huge problem in colleges, because this type of thing happens more often than it should, and it should also be a wake up call to students because one bad decision can end your life in the blink of an eye.