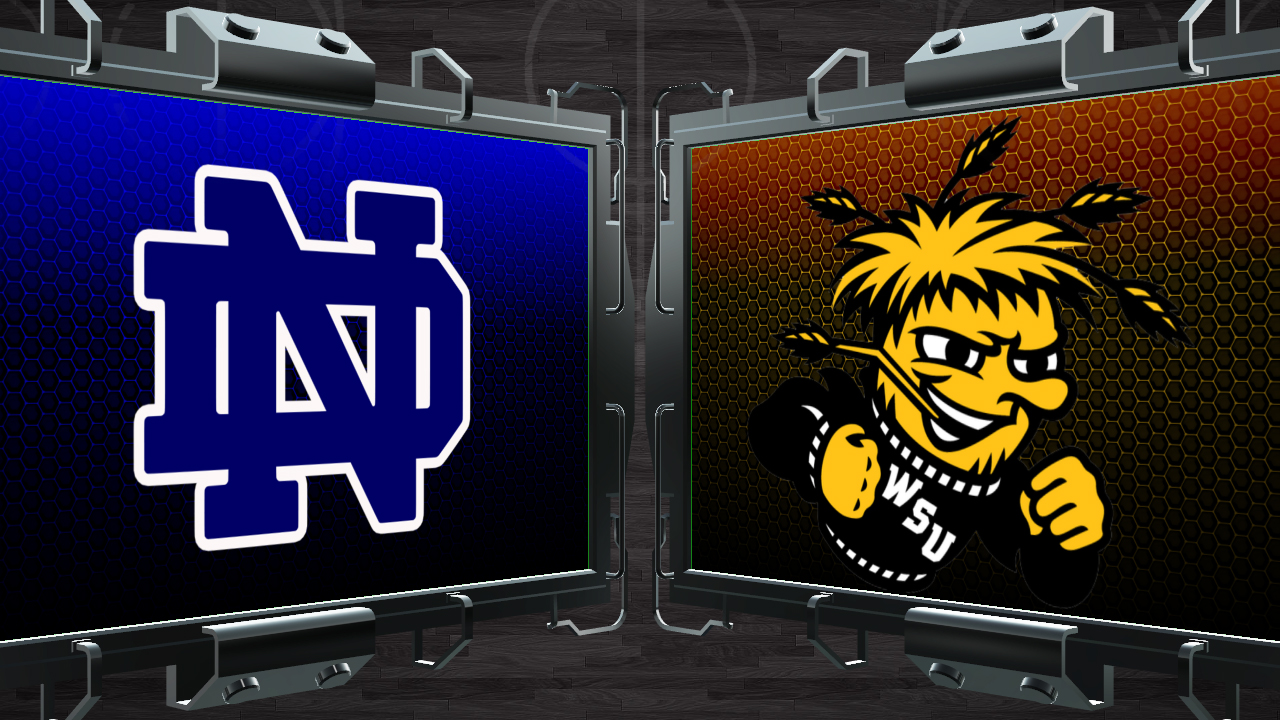 Just five days ago, Mike Brey experienced one of the biggest losses of his life when his mother, Betty, died from a heart attack. A few days after, the coach experienced one of his greatest moments as a college basketball head coach, when his team sent a tough Wichita State team packing Thursday night with a final score of 81-70 in Cleveland to advance to their first Elite Eight in 37 years.

The Fighting Irish are marching on and in full speed. Look out everybody!

The last time they accomplished this feat was back in 1978, when the Fighting Irish made it all the way to the Final Four. Brey’s team is now looking to shock the world by making it again. It won’t be easy though, to get there they either have to beat Kentucky, who hasn’t lost in the entire season, or a tough West Virginia team if they somehow beat the undefeated Wildcats.

“Hey, we got as good a shot as anybody,” Brey said after the game in a television interview with CBS.

Bad Start for The Shockers

Wichita State started out slow against Notre Dame, who took an 18-5 lead early in the game. Guards Fred Van Vleet and Ron Baker combined for 19 of the Shockers low 30 first-half points, but they managed to make the game close by reducing ND’s lead to just 3 before the half. 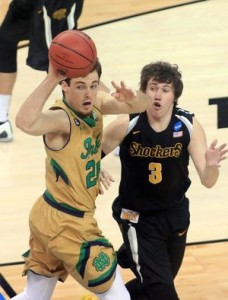 team apparently did not listen to his halftime speech, because they were even worse in the second half.

The Shockers had no answers for Notre Dame’s offense, especially for Demetrius Jackson, Jerian Grant, Steve Vasturia and Pat Connaughton. This group made 9 of 18 three pointers. Grant was the only ND player that did not score in double figures, but he was huge in other parts of the game. Grant was on fire with his passing and finished the game with 11 assists. The top scorer for the Fighting Irish was Jackson with 20 points. Vasturia added 15 and Connaughton another 16 to propel the team to victory.

In another good matchup, the top seeded Badgers rallied and then held on for a 79-72 victory over the North Carolina Tar Heels. Sam Dekker had a huge game and scored a season high 23 points and Frank Kaminsky added another 19.

The Badgers pulled a 19-7 run late in the game that sent them to the Elite Eight, the team will now wait on No. 2 seed Arizona or sixth-seeded Xavier.

The Tar Heels got within one late in the game, but couldn’t retake the lead they had for most of the second half. The Brice Johnson and Justin Jackson duo scored 15 points each. North Carolina was trying to reach a regional final for the first time since 2011 and 2012.