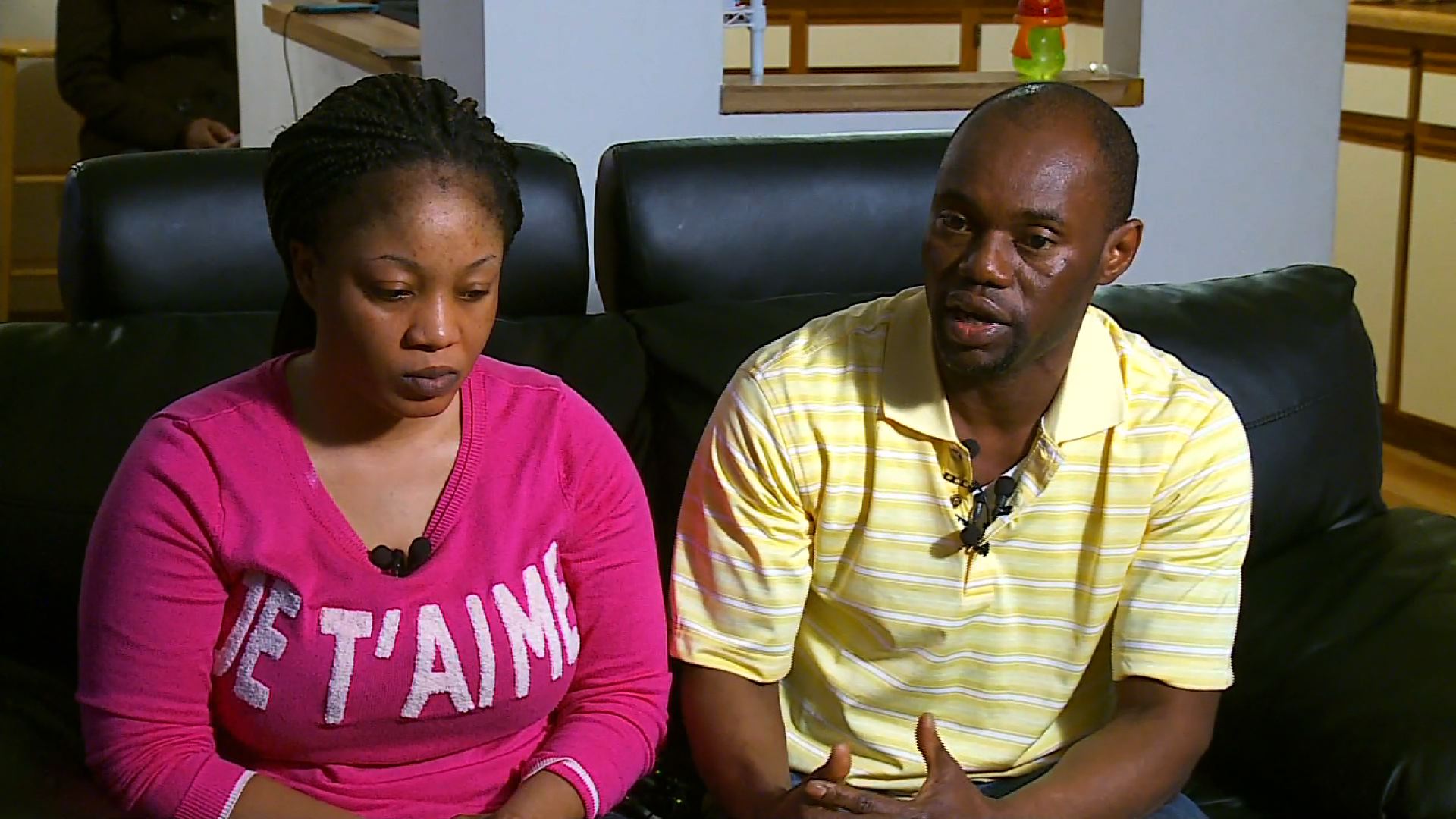 A 10-year-old boy from Northwest Metro has been missing for a week, and now his father is coming forward to claim his innocence in his son’s disappearance. The father is saying that he was not home or anywhere near the home the day that his son, Barway Collins, vanished. He also said he is very worried and anxious after hearing the police are considering him a suspect at this time. 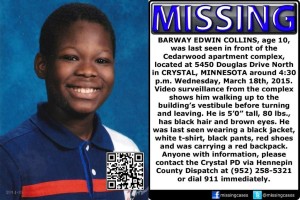 The boy’s father, Pierre Collins, reiterated that he has tried to do anything and everything he can do help police find his son. The 33-year-old father claims he has nothing to do with the disappearance and he just wants his son to come home, and he also is concerned for the safety of his son. The wife of Pierre also pleaded for the return of her step-son, saying neither of them have information or know who is responsible for such a heinous crime.

Barway went missing on March 18, with the last confirmed sighting of him being that he was dropped off at his Cedarwood Apartment complex by the school van. The Cedarwood Apartments are located at 5400 Douglas Avenue North, and there has not been any other sighting of him since that drop off in the afternoon. Pierre failed a lie-detector test relating to his son’s disappearance, according to Crystal Police Chief, Stephanie Revering. The police also find it hard to believe Pierre does not know anything about where his son is or who might have taken him.

At this point, Pierre is considered a suspect but has not been charged or arrested in connection to Barway’s disappearance, although police refuse to say how they think Pierre was involved in the possible crime. Police have also released surveillance videos that show Barway getting out of the school van, telling a friend about seeing his father and uncle waiting for him, and then another video of him walking near the apartment door. There was also a photo released by the police that showed a man and a woman, standing near the apartment building nearly the same time Barway was getting off the bus and heading towards his apartment. The police know who these two people are and said neither of them are related at all to Barway’s disappearance, which eliminates them from having any involvement.

What the police want now is to talk to the “uncle” that Barway was talking about as he was getting off the bus, because they are still unclear whether this man is really an uncle or just a close friend of the father. The father is refusing to talk about this “uncle” and is not willing to give the police the identity of that man, which has police even more suspicious of who this man is and why the father won’t discuss him. Both the father and the stepmother deny that there is even an uncle around and claim they don’t know what Barway was talking about on the bus with his friend. Police believe the father and the “uncle” were the last two people to see Barway, and believe they at least have valuable information that could help in the case.

The Crystal Police Department upped the reward for information about Barway’s disappearance to $12,000 if an arrest and successful prosecution happens. The community in Crystal is divided right now, with some people thinking the father did something or knows who did, and other people feeling sorry for the father for already being a suspect in this disappearance. As a community, no one knows how to feel or think because they want to believe the father and his wife, but the police statements and facts that are coming out have people feeling skeptical about the father’s narrative.

Everyone in the community, including the fourth-graders principal is praying for his safe return, and everyone wants Barway to know he is missed dearly.