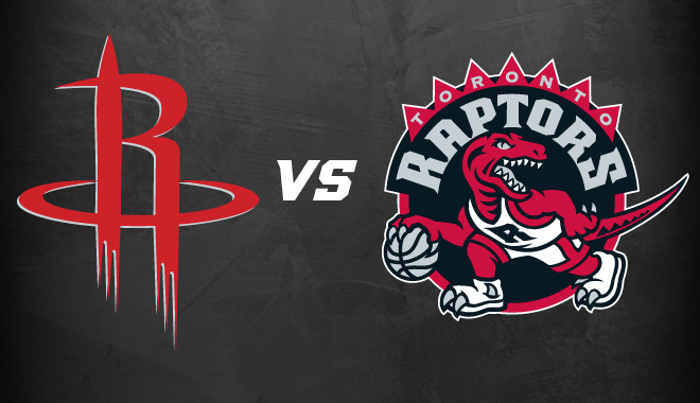 Shooting guard DeMar DeRozan scored a career high 42 points and tied his career high with 11 rebounds as the Toronto Raptors defeated the Houston Rockets 99-96 on Monday night, nothing new for the team, who has beaten the Rockets eight straight times at Air Canada Centre.

DeRozan made a clutch turnaround bank shot with 1:27 left then sealed the game with a jumper over MVP candidate James Harden with less than 20 seconds to go. He made a solid 14 of 27 attempts from the floor and hit 12 of 17 at the free throw line.

Center Jonas Valanciunas scored 15 for the Raptors, while Lou Williams had 13.

Rockets star player James Harden, provided 31 points, but it wasn’t enough as Houston had its four game winning streak snapped. The Rockets have not won against the Raptors since March 16, 2007, in a 114-100 victory. Ariza added 15 and Brewer 13.

Dwight Howard, did not play this game, and was coming off an 11 point, 10 rebound performance in Sunday’s win against the Washington Wizards 99-91. In that game, he only played 19 minutes. This was going to be his third game since returning from a knee injury.

“Dwight is going to have limited minutes for a while,” coach Kevin McHale said.

On the other hand, the Raptors ended a streak of 10 losses against opponents with winning records. They hadn’t beaten a team above .500 since February 20.

The Rockets almost had the game in the bag with Ariza’s 3 pointer late in the game that gave them a 96-95 lead, but DeRozan immediately responded with a basket.

DeRozan was then sent to the free throw line and missed a pair with 45 seconds left. Seconds later, he would seal the game with a jumper over Harden. 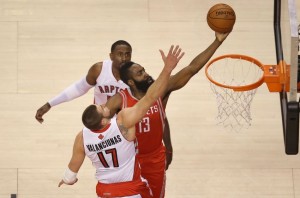 Ariza had a golden chance to tie the game with two three point attempts, but missed them both.

The game was going well for Houston early on, they opened a 19-10 lead in the first quarter, but the Raptors caught up with a 10-2 run that made it a tie heading into the second quarter.

The Rockets started the second quarter on a huge 20-9 run and had a 47-36 lead with 4:54 left. DeRozan would then step up and score the last 10 for his team to make the contest close once again.

– Rookie Center scored his first NBA basket on an alley oop from Harden in the first quarter.

– Point guard Patrick Beverley will miss the remainder of the season after a wrist surgery.

– Toronto finished the season with a very good 11-4 record at home against the Western Conference.

Rockets play at home on Wednesday night against the Sacramento Kings.

Raptors hit the road and play the Minnesota Timberwolves on Wednesday night.