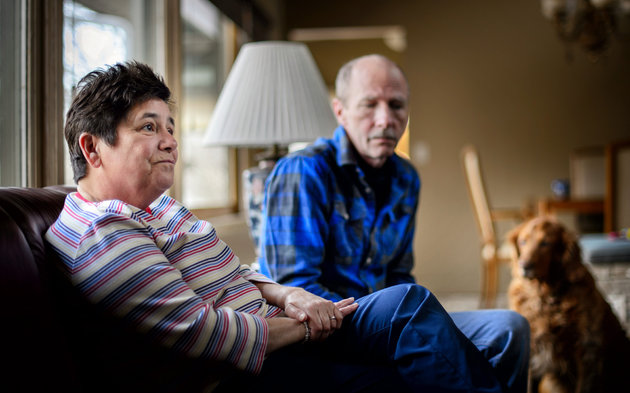 In terms of being diagnosed with a terminal illness, there are often not that many medications that patients can try, except the ones that have been approved by the FDA and are ready for use. Right now though, there is a bill going through the Minnesota Legislature, that is called the Right to Try Act.

The Right to Try Act will give patients easier access to medications that are currently in the clinical trials stage. There are already five states that have a Right to Try Act, as part of a new movement to get these drugs in the hands of patients who, to put it bluntly, are going to die anyway of a terminal illness. If these patients are already suffering from a terminal illness, there is no reason why they cannot of their own free will decide to try experimental drugs that are undergoing clinical trials. It can take years for the drugs to go through the clinical trial process then gain final approval from the FDA, and these are years a lot of terminally-ill patients don’t have. This movement was started by the Goldwater Institute, which is a conservative and libertarian stronghold in Phoenix, Arizona.

To have access to the medications, the bill requires that the medications must go through the first phase of the FDA clinical trial process, which is also the most extensive phase of the trials. Each patient who wants in on this new Right to Try Act would also have to gain approval of their physician before moving forward. The manufacturer though is not under any obligation to provide the medication, drugs, or any procedures, which might lead to some issues down the road.

If you are a libertarian, then you believe that each person has a right to choose what to put in their body, and a right to choose which medications to take regardless of whether it has FDA approval or not. If you are diagnosed with a terminal illness where you know for a fact you are going to die, you should have every right to try anything and everything possible to extend your life or get rid of your disease.

When you know there is a possible medication that could save your life, but it’s still undergoing trials, it’s a horrible feeling because you feel like this might save your life, but you are not allowed to access it due to governmental procedures. The Right to Try Act basically just gives you the right to try a medication, which may or may not impact you as far as your disease goes, but at least you are given the choice to do what you feel is right.

The bill is being discussed right now, but there are a few issues with the bill, such as that it’s not aimed at just adults, which might cause issues if it comes to parents trying to get these medications for their children. Although the argument can be made that the parent should have the choice for their child as well, so this might end up taking a while to push through the legislature. There is also a question of who is liable if something goes wrong, although the manufacturers of the medications and the doctors all say they are not liable for anything that happens, which would probably mean you have to sign a waiver if you decide to try these medications. There are also issues with who pays for this, since most insurance companies don’t cover experimental treatments, and this also is a concern for many people. So it seems that the bill does have a few questions as it is written now, but if both sides talk about these issues, they can amend the bill to make the guidelines more specific if they are not already.