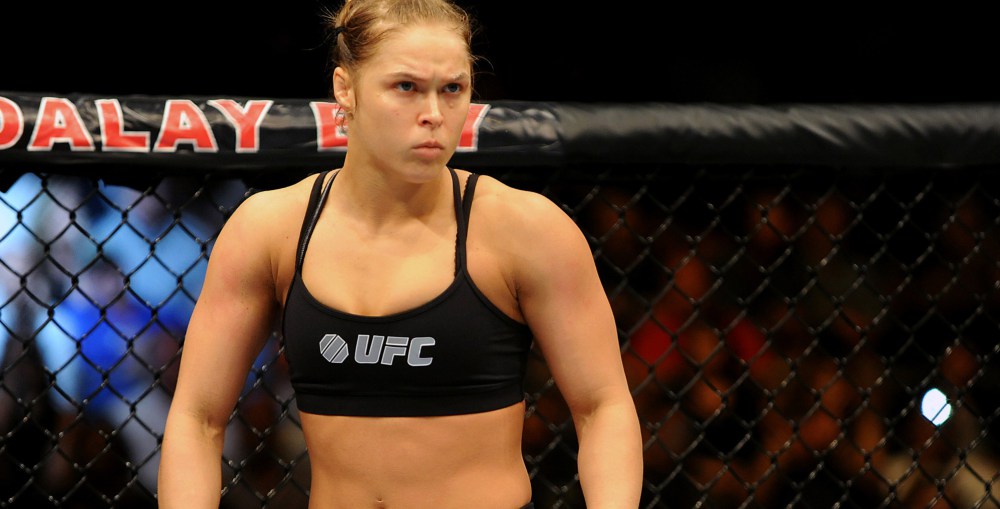 Since Rousey’s impressive victory a few weeks ago, the world is wondering who she’s going to face next. People actually want to face her?

After being called out by a former NFL player and a few mid-level UFC fighters and pretty much everybody that thinks they have a shot at beating her, now the daughter of a boxing legend is throwing her name in the mix.

Guess who it is? It’s the former female boxing champion Laila Ali. Yes, that Ali. She is the daughter of maybe the greatest boxer of all time. Laila isn’t some amateur boxer. She is the first woman to ever headline a Pay Per View event. She had some words to say to the undefeated fighter, ‘of course I can beat Rousey… She’s the size of my 3 year old.’

It seems like the entire planet earth has been asked about whether or not they can take Ronda in the cage. Surprisingly, a few have said yes. What were they thinking?

This will sure bring some attention as this isn’t some mid level/rookie athlete talking smack; this is a former female boxing champion with a very famous last name.

Rousey, is coming off a 14 second fight in which she destroyed her opponent, Cat Zingano. The undefeated fighter has ignored most of the comments and challenges from unknown athletes. This time, she felt like she needed to respond. This was her response to Alia’s comments:

‘’If she wants to take me up on that, I’m around,’’ said Rousey to the Daily Beast. ‘’She’s retired and has several kids. I understand why she’d think that because she has a size advantage, but if you saw my last fight it had nothing to do with size or strength at all. That’s not how I beat people. So you can’t count having a size and strength advantage as having a real advantage against me.’’

Ronda is coming off a huge victory against an opponent who many thought had a big chance to knock her off.  She is undefeated at 11-0 with 10 of 11 victories coming in the first round. Her last three championship matches have lasted a combined 96 seconds. This is probably the first time MMA has seen someone as dominating as her. A big disadvantage for Ali would be that she has no experience in the MMA sport. Maybe the former female boxing champ should let this go because there’s a big change she could end up like the other 11 challengers that thought they could beat Rousey.

Or maybe the confidence from the Ali blood has her thinking she could dethrone the most dominant figure in MMA right now.