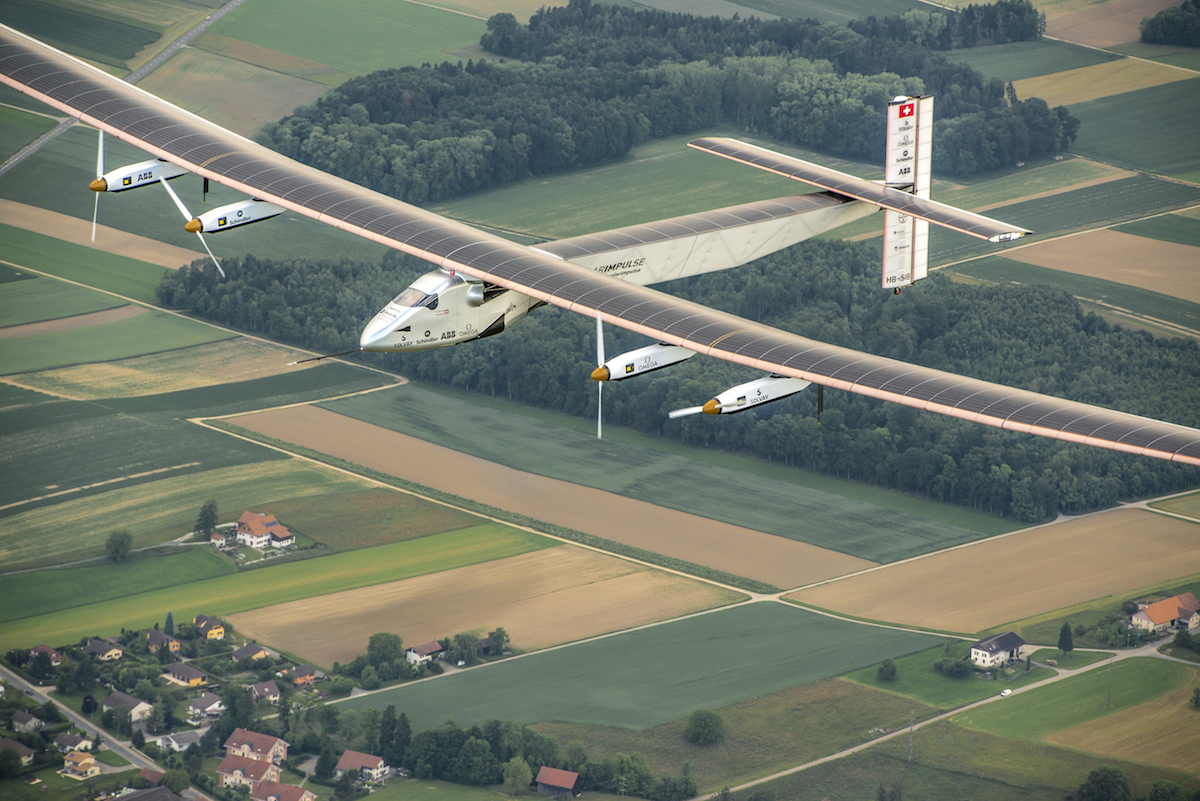 Ever heard of solar powered vehicles? Well.. this is solar powered but it flies. The first attempt to fly around the world using a solar powered plane was launched just a few hours ago in Abu Dhabi, in a journey that looks to promote green energy.

The plane known as The Solar Impulse 2, piloted by the Swiss Andre Borschberg, took off at 7:12 am (0412 GMT) from Al-Bateen Airport. The plane is now headed to Muscat, the capital of Oman, where it will land later today after the first leg of the long journey.

The takeoff was originally scheduled for Saturday but due to high winds, it was delayed. This caps 13 years of research and testing by Andre Borschberg and his pilot friend Bertrand Piccard.

After 2 hours into the flight, the Swiss pilot was 13 percent of the way to the capital. Borschberg attempted to give the media an interview but had trouble contacting and instead called his wife, according to a website monitoring his moves and whereabouts. Before the takeoff , the pilot tweeted: “challenge to come is real for me & the airplane”.

The wingspan of the small one seat plane, also known as the Si2, is slightly longer than that of a jumbo jet. Weight wise, it’s not even close.

After landing in the capital of Oman, the pilot will have 12 stops to go. This will be part of a really long journey, five months to be exact. Total flight time estimated? Around 25 days.

Borschberg will try to cross the Arabian Sea to India before heading on to Myanmar, China, Hawaii and New York. There are also emergency landing spots in the United States, Europe and Africa. If the weather conditions make him take a different route.

The longest single leg will see a lone 63 year old Swiss pilot fly non stop for five days across beautiful sites along the Pacific Ocean between Nanjing, China and Hawaii, an estimated distance of 8,500 kilometers (5,270 miles).

Borschberg will not do this alone. Him and Piccard will take turns flying the one seat plane. The plane will be able to fly itself on autopilot during rest breaks.

The journey won’t be easy and for that reason the pilots have gone through extensive training. The training included some yoga and self hypnosis, which will allow them to rest for short periods of time but make them feel refreshed. The cool thing about this whole trip is that
not a single drop of fuel will be wasted.

The pilots will be in touch with a command center located in Monaco. This center is equipped with all sorts of high tech equipment and a team of engineers, weathermen and air traffic controllers. The two pilots will be accompanied by a support team of 65. Not on flight but with them at the landing spots or wherever they decide to land.

“We want to share our vision of a clean future,” said Piccard, chairman of Solar Impulse, said of the mission.

At first, the pilots idea was ridiculed by those in the aviation industry but now, they’re probably monitoring their success closely. Let’s hope they can complete the journey and spread the word about green energy. 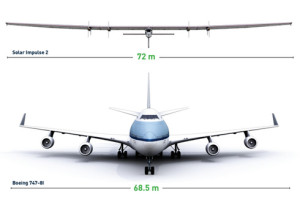