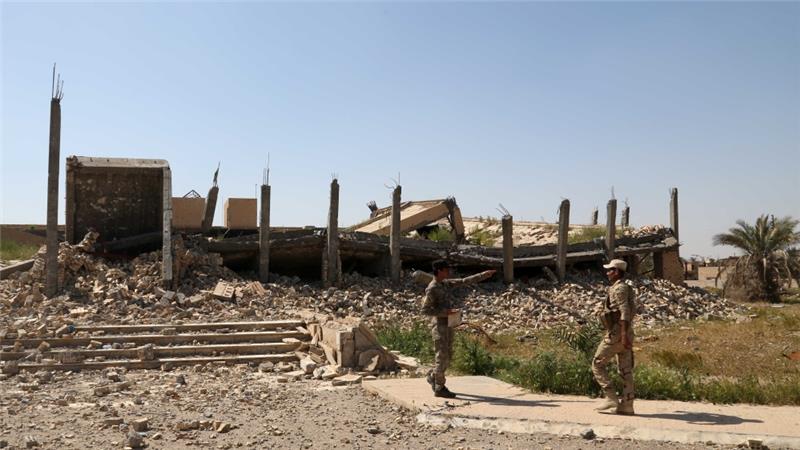 The tomb of Saddam Hussein was pretty much leveled in heavy fights between militants from the Islamic State group and Iraqi forces yesterday. All this for the control of the city of Tikrit.

The fighting escalated to the north and south of Saddam Hussein’s hometown as Iraqi forces promised to reach the center of the heavily disputed Tikrit within 2 days. The Associated Press released a video from the village of Ouja, near Tikrit, which shows the damage and what remains of the once extravagant tomb. The damage is so bad that all that can be seen is the columns that hold up the roof.

Saddam’s mausoleum was covered with poster sized pictures, but now none of that can be seen with the amount of rubble and sand in the way. The only thing visible now are the Shiite militia flags and photos of militia leaders.

“This is one of the areas where IS militants massed the most because Saddam’s grave is here,” said Captain Yasser Nu’ma, an official with the Shiite militias.

The Islamic State Group has had control of the city since June. The extremists also control Iraq’s second largest city, Mosul. The Islamic State Group was supported in its conquest of northern Iraq by people who still support Saddam and those who felt that the Shiite-dominated government was treating them unfairly.

The Shiite militia believes IS militants set up an ambush for them by planting a bomb around the tomb.

Back in August of last year, the extremist group claimed that the tomb had been completely destroyed, but local officials denied it, and said it was only ransacked and burned.

The dictator was captured by United States forces in 2003 and was executed by hanging 3 years later after he was found guilty of crimes against humanity. His body has been kept in the mausoleum of his hometown. The luxurious complex featured a marble octagon filled with fresh flowers. His mausoleum pretty much shows the extravagant life he had during his years of dictatorship.

The location of his body is not really known. Iraqi media once reported that the body had been moved by supporters that feared it would be disturbed during the clashes.

Taking Tikrit is crucial because it would give the forces a way for an assault on IS controlled Mosul. The assault might be carried out as soon as next month.

The city has been heavily damaged during months of violence between Shiites militants and the Islamic State Group. A satellite image revealed by the United Nations last month, shows that at least 536 buildings in the area have been affected by the constant fighting. 137 of them completely ruined and 241 heavily damaged. 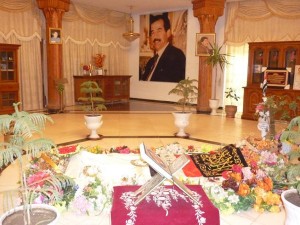