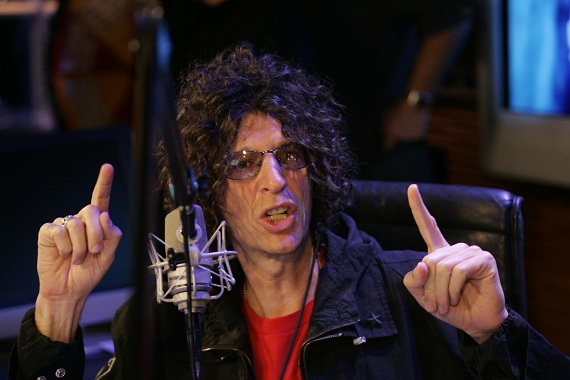 Sirius CEO Jim Meyer told investors at a Deutsche Bank conference that the company is working extra hard to get longtime funnyman and shock jock to come back to SiriusXM radio, since his contract will expire at the end of the year. The company has paid $500 million to Stern in previous contracts, with estimations that Stern gets about $80 million a year from the highly-popular satellite radio company.

SiriusXM has had a few down moments within the past year after letting Anthony Cumia from Opie and Anthony go, causing backlash from a lot of SiriusXM fans, and led to people canceling their subscriptions. Stern is the utmost popular talent on the network, so investors might get concerned if it begins to look like he will not renew his contract. Stern has previously talked up the company and has expressed disdain for other types of media, including the pod-casting scene that is growing quickly among disenfranchised comedy and media personalities. Stern has always been a fan of SiriusXM, because he can speak his mind, which is often filled with comments and analogies that regular terrestrial radio would not allow. There is a bit of freedom involved with SiriusXM, but as the Cumia situation showed, even the satellite giant has boundaries on free speech. The internet might be an avenue for Stern if he wants to tell it like it is without needing to worry about any company getting offended at what he says, but Stern has never really expressed interest in getting involved in the Internet scene either.

Meyer also won’t say whether or not Stern would make more or less money if he decides to renew his contract with the company, leading some to speculate Stern might want a little more than Meyer is willing to offer. Investors seemed very interested in knowing what Meyer planned to offer and whether or not Stern was willing to renew, however the only thing Meyer would really say is that Stern is his focus and he will try to do what he can to make sure Stern sticks around after the contract is up. Meyer also seemed to think that the fans of the show weigh a lot on these types of decisions, mostly to get Stern to keep going, even though everyone knows Stern doesn’t need the money and could retire tomorrow if he chose.