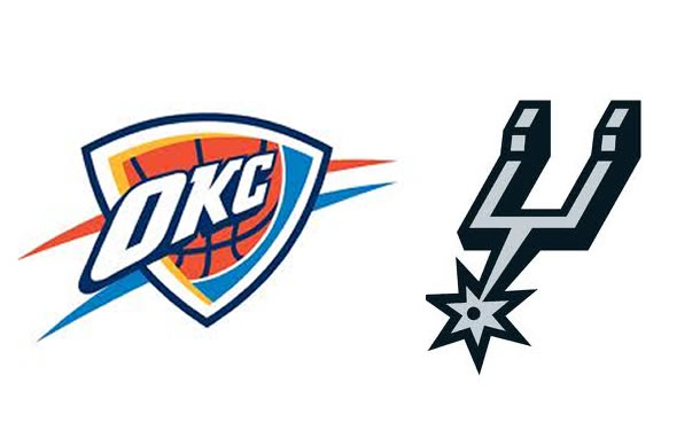 Kawhi Leonard finished with 14 points in the Spurs’ highest offensive show of the season. Boris Diaw added 19 points and Tim Duncan had 16 for San Antonio, who has won 11 of its last 13 games.

Thunder’s star point guard and triple double machine, Russell Westbrook, was held to a low 16 points on 5-for-16 shooting. The MVP candidate left midway through the third quarter when the game was out of hand.

Prior to this contest, Westbrook was averaging 32.7 points, 11.2 assists and 9.6 rebounds in his last 13 games, but the Spurs easily shut him down by having several defenders on him at all times.

Westbrook looked frustrated when he took his mask off, after a collision with Manu Ginobili. Later in the game, he pushed Tim Duncan’s hand aside in frustration when the Spurs forward attempted to stop the point 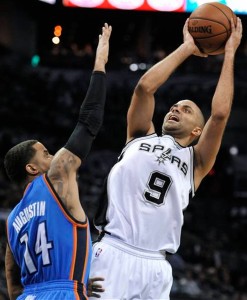 Parker and Westbrook led a fast paced game in the first two quarters, but the game turned ugly in the second when the Thunder were outscored 39-22.

The Spurs scored 71 points in the first half, the most the Thunder have allowed in any half this season. They also snapped a six game losing streak to the Oklahoma City team.

Oklahoma City had four turnovers in the first six minutes alone, which gave the defending champs 10 of their first 14 points. Parker was hot from the field early, scoring 13 points in the first quarter on 6 for 8 shooting. Thunder’s big man Enes Kanter had 16 points and 10 boards, but the team only shot 40 percent. Totally different story for the men in white and black, who shot for 58 percent.

– Center Steven Adams who returned to the Thunder after missing 11 games earlier this month, was injured again after landing on his hand. His status is unknown.

– Duncan had his second three pointer of the season with 6:33 left in the third quarter.

– Spurs 71 points in the first half was a point short of tying its season high for the opening half.

– The Oklahoma City Thunder visit the Utah Jazz on Saturday.

– San Antonio Spurs play at home on Friday against the Dallas Mavericks.