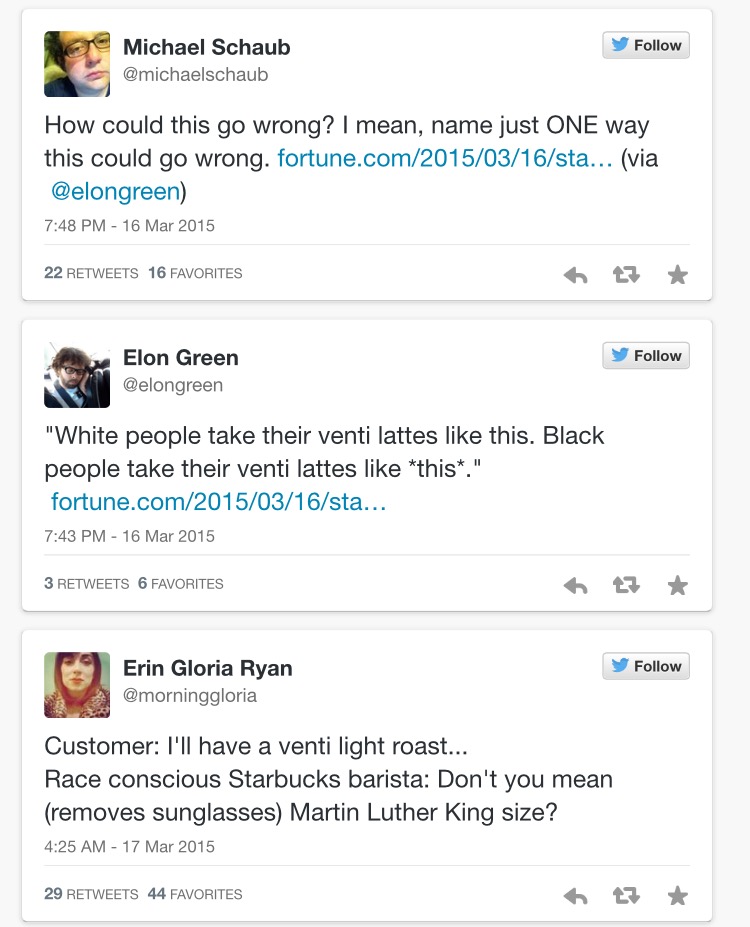 After national outrage and a huge public outcry, Starbucks will cease to have employees write “Race Together” on customer’s coffee cups. Originally intended to “open up discussion about race” and begin conversations between baristas ans their customers about race, the idea will no longer be implemented in the national chain’s stores. The company’s chairman Jim Olson says ending the practice of handwritten notes has nothing to do with the public mockery and protest, but was a part of the plan all along. The Associated Press says:

“A recently released memo from CEO Howard Schultz says the cups were always “just the catalyst” for a broader conversation, and the company will still hold forum discussions, co-produce special sections in USA TODAY and put more stores in minority communities as part of the Race Together initiative.”

Beginning when racial tensions in America hit a high in the media and public’s hearts with Ferguson and subsequent anti-police brutality riots, the company has been trying to help relieve these problems across the nation. From segments in newspapers to opening chains in largely minority neighborhoods, this “Race Together” initiative is the latest in a slew of initiatives. However, the public didn’t take so kindly to this one. For many it was an immature approach to relieving racial tensions, especially coming from a company that largely appears to cater to the affluent white. Others cited this effort as a prime example of “feel good liberalism.” 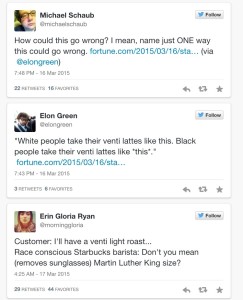 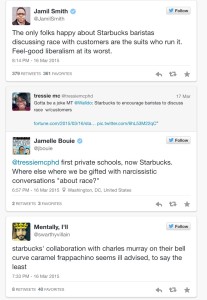 Whatever the case, the company still claims the program was discontinued according to plan and not because of the national outcry.

Leave you opinion in the comments! Do you think Starbucks is doing any good towards fixing racial tensions and police brutality or is this just a wasted effort? Did you have any personal experience with #RaceTogether, and did it actually start a conversation?