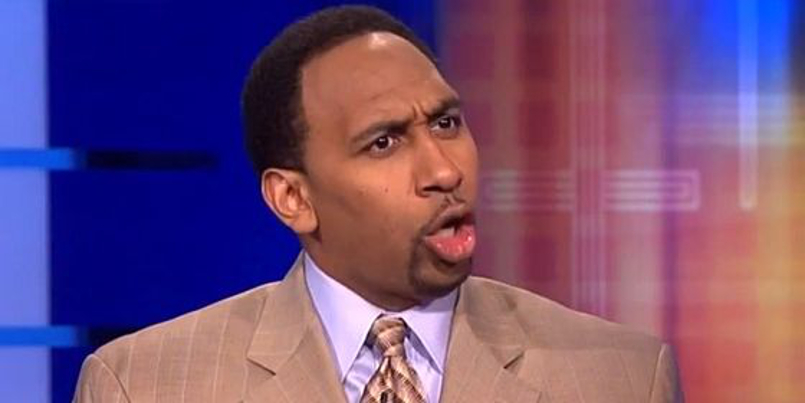 Stephen A. Smith knows he can’t call Kelly racist because there is no proof. So what Smith did on his show First Take was just imply that Kelly is a racist, and analyzed a bunch of moves made by the Philadelphia Eagles head coach.

“Chip Kelly makes decisions over the last couple of years that, dare I say, leave a few brothers feeling uncomfortable,” Smith said. “I think that’s fair to say. I mean, we’re sitting here looking at some of the decisions that Chip Kelly makes and I’m like what is up? What’s up with that? I mean, it’s like you’ve got to be his kind of guy, you know? And I’m like, well, Riley Cooper’s your kind of guy?”

By mentioning the controversial Riley Cooper, Smith is suggesting that Chip is OK with the fact that Cooper used the N-word, that got him in deep trouble back in 2013. We all know, Kelly was not OK with that and his team fined Cooper. They also sent him home from training camp. The thing is, Cooper’s presence and the release of star black players from the team makes Smith question Chip’s motives. According to Smith, Kelly isn’t just looking for players to fit into his offensive scheme. The head coach is also seeking for players who fit into the culture that Kelly wants, this alarms Stephen.

The controversial First Take host goes on to talk about the team’s recent and past moves when Kelly first arrived to the team. He says it’s a bid odd that the team decides to get rid of LeSean McCoy, DeSean Jackson, and now Jeremy Maclin who decided to take his talents to the Chiefs. But they decide to keep Cooper who made some bad comments while in a concert back in 2013.

Kelly has recently made a lot of moves but Smith focuses on just 3 (McCoy, Maclin and DeSean). The one flaw in Smith’s thesis? He fails to mention some of the white players Kelly has decided to get rid of. This list includes, James Casey and Todd Herremans.

Smith also failed to mention the player that the Eagles just traded for, Kiko Alonso, who is Latino. There is also Mark Sanchez who is of Mexican-American heritage. And to top it all off, Smith fails to mention that the team is trying to do all it can to move up the draft and select Marcus Mariota. The Oregon QB who is of Samoan heritage. Oh and let’s not forget, Byron Maxwell who is black, was signed yesterday by the Birds to a huge $53 million dollar deal. If Kelly’s intent was to keep black players off the roster, then why is he signing these black and Mexican-American players? It makes no sense.

Smith has not said Kelly is racist, only suggested it. The First Take host is missing evidence and all of this is just nonsense until there’s serious proof. Is he just trying to stir up controversy and create something out of nothing? It sure looks like it.