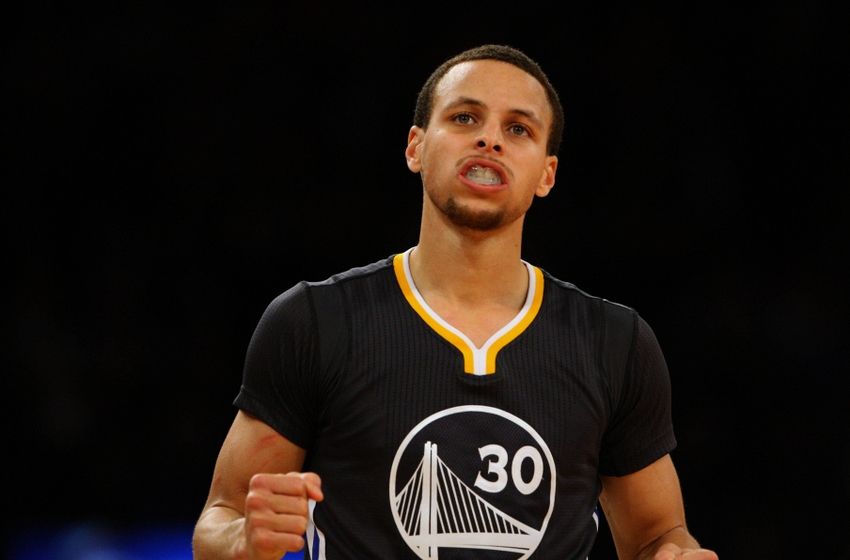 Curry ended the first half with a crazy 3 pointer, the shot was completely off balance but still found the net. The three point contest winner finished 6 of 10 from beyond the arc.

Klay Thompson added a solid 27 points, 18 of them from the three point land. The duo known as the Splash Brothers, combined for 52 points and had a highlight second quarter which showed how dangerous the Warriors are. The team scored 47 in the second quarter alone.

The Knicks players had no answers for the Warriors. Their top scorer was Andrea Bargnani with 18 points, followed by Alexey Shved with 14. You know it’s bad when your leading scorer is Bargnani.

The Golden State Warriors were out for revenge, one day after losing to the Denver Nuggets. They had their five game winning streak snapped, but looked unstoppable against the Knicks. Curry and company started a six game homestand with a bang and a 52-13 record.

Curry was greeted in the locker room before the game against the Knicks with an awesome cake in the form of his three point contest trophy and new Under Armour sneakers. The point guard is averaging 25.6 points in the last 9 games against the Knicks, this game wasn’t any different as he surpassed his average.

Against Denver, Curry, Thompson, Andrew Bogut and Andre Iguodala took some rest. The move paid off, the crew was back in action and played like the team we’ve seen all season. Bogut was sensational and added two first quarter dunks. Draymond Green contributed with 12 points, seven rebounds and five assists as the Golden State team easily beat the Knicks for the ninth time in 12 meetings.

The Knicks, who were coming off a win against the Lakers on Thursday, looked bad and played bad. The team was down 73-52 at halftime and fans knew it was over.

This will be the longest homestand for the Golden State team since playing two home games back in February. The team is now an NBA best 29-2 at home and have not lost a game on a Saturday this season. David Lee played 31 minutes after not playing Wednesday, it looks like he’s healthy.

Coach Fisher was hit with a technical for arguing about a foul call. The Knicks are just bad against the Western Conference on the road with a 1-13 record.. Yikes! The Knicks have not taken a season series from the Warriors in 15 years.

The Golden State Warriors play at home against the Lakers on Monday. The Lakers are 4-6 the last 10 games. It should be an easy win for
Steph Curry and crew.

Knicks play at Phoenix on Sunday. Must win game for the Suns who are looking to get back into the Western Conference playoff race. 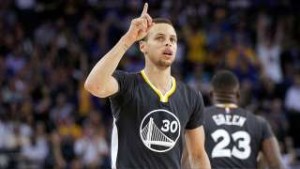